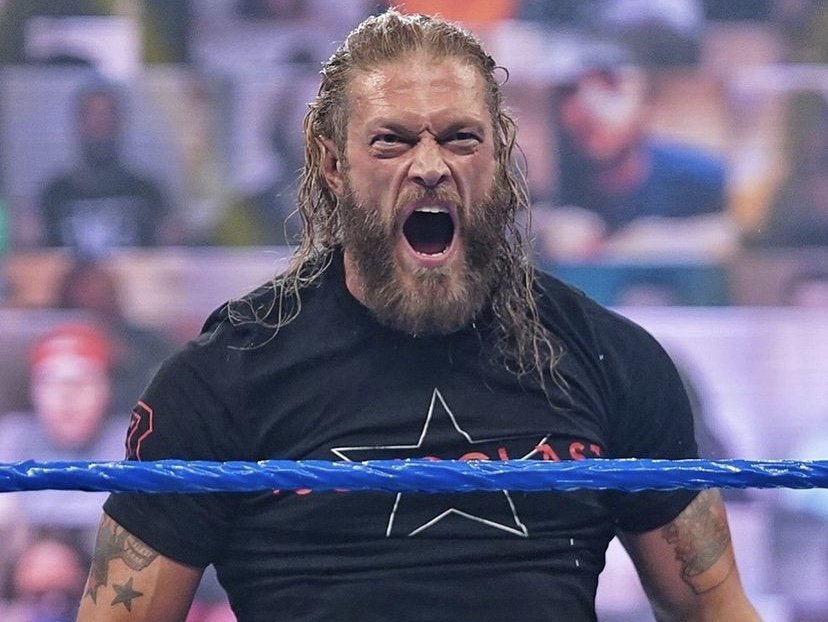 GREAT: SmackDown opens with Paul Heyman talking to Reigns in the locker room area. Jimmy Uso then walks in and the two talk about the fact that Jey Uso has once again not turned up tonight. Reigns asks Jimmy if he can fill his brothers shoes for the night, and Jimmy reluctantly accepts.

GOOD: Bianca Belair comes down to the ring and cuts a promo on how defeating Bayley showed anyone that they can stand up against bullies. It was a typical WWE Babyface promo, but it was performed well. Seth Rollins then comes out and brags about how they both overcame the odds and won at Hell In A Cell, but goes on to claim Bianca’s win over Bayley was actually a fluke unlike his. Bayley then comes out and gets in the face of Bianca leading to a brawl and Cesaro making the save.

GOOD: Cesaro and Bianca Belair then teamed up to take on Bayley and Seth Rollins in a mixed tag match. A fun opening match but nothing overly special and quite simply followed the usual WWE mixed tag formulae, but was good nevertheless.

GOOD: Jimmy Uso is pacing back and forth backstage, before Heyman walks in. Uso asks Heyman what Reigns meant by stating that he would need to be the right hand man for the night. Heyman informs Uso that he will need to pick an opponent for the main event.

GREAT: Eric Boogz then introduced the new king of WWE, Shinsuke Nakamura, with another grand entrance. Pat McAfee went off on one on commentary which made this segment feel far more important than it actually was. The camera then cut to backstage with Kayla asking Corbin how he felt about it all. Corbin looked depressed and said that without the crowd, what’s the point.

GREAT: Rollins then walks into Pearce and Deville’s office, and announced that during Reign’s ‘State Of The Universal Championship Address’ tonight, he will challenge Reigns, as nobody on the roster is more accomplished than him. Pearce and Deville state that they haven’t made the decision yet.

GOOD: Cole and McAfee then introduce a video package which takes a look at the destruction that Otis has produced as of late.

GOOD: In the first Money In The Bank qualifying match on the SmackDown side of the bracket, the intercontinental champion Apollo Crews took on Big E. This match proved once again that the two competitors have a strong chemistry together, and the win for Big E was exactly what he needed after being left in limbo for a few weeks after Aleister Black got released. Commander Azeez continuously attempted to help Crews, but in the end the referee gave him his final warning before sending him backstage, allowing Big E to get the win.

GREAT: Sami Zayn in an interview with Kayla backstage reveals how he believes that the universe is now on his side and his win at Hell In A Cell was justice. Kayla then reveals that he has to face Kevin Owens again next week in a money in the bank ladder match qualifier. Zayn is furious and goes on about how this announcement is messing with Gods.

GOOD: Sami Zayn then walks into Pearce’s office and asks if he can just be added into the Money In The Bank ladder match instead of having to face Owens next week, or better yet, just given the contract. Pearce declines the request and reveals that the match next week will be a last man standing match.

BAD: Sonya Deville walks out to the ring and announces that Carmella is the first entrant into the women’s MITB ladder match as she has been victorious in the match twice. Carmella then comes out and complains that she wasn’t introduced as the ‘Most beautiful woman in WWE’. It’s 2021 and yet this storyline is still a thing in the WWE women’s division. Liv Morgan then comes out and makes the extremely valid point that she beat Carmella last week, so why isn’t it her that gets the opportunity. Sonya, who is meant to base these types of decisions on results, only then realised that Liv made a good point, but instead of adding her gives her a match against Carmella. However it gets even worse!! Instead of telling Liv that if she beats Carmella she gets added, she says that Liv has to show she deserves it…….what.

SATISFACTORY: Liv defeats Carmella in fairly quick match after Mella continuously was shouting about how she is the most beautiful women in WWE. Carmella never gets the respect she deserves when it comes to her in ring work, and these stupid gimmicks she gets are why.

GOOD: Jimmy Uso is backstage with Kayla and announces that he will be facing Dolph Ziggler up next.

GOOD: Jimmy Uso runs backstage to ask Reigns what he thought of his performance. Reigns smiles and walks out to the ring. Heyman tells Jimmy he did great but he should stay backstage for the state of the universal championship address.

MUST WATCH: The Universal Champion Roman Reigns comes down to the ring alongside his ‘special council’ Paul Heyman. Heyman recaps what Reigns did the Mysterious last week. He then speaks about how there is no one left to take on Reigns, and goes on to detail everyone Reigns has defeated. Reigns then takes the mic in preparation to make an announcement…….but out comes the rated R superstar! Edge is back! Edge and Roman brawl and Edge gets the upper hand before Jimmy makes the save. Edge then takes out Jimmy to end the show.

This weeks episode of SmackDown gave the brand yet another strong showing, but one which once again highlighted how the roster is down to bare bones due to recent releases. The fact that they WWE are not doing qualifying matches for the women is yet another slap in the face to the division, and Carmella’s ‘beautiful women’ gimmick is hard to watch. Excluding that the show was consistently great, and as per usual the Reigns storyline was the highlight with a shocking surprise return of Edge. 6.9/10