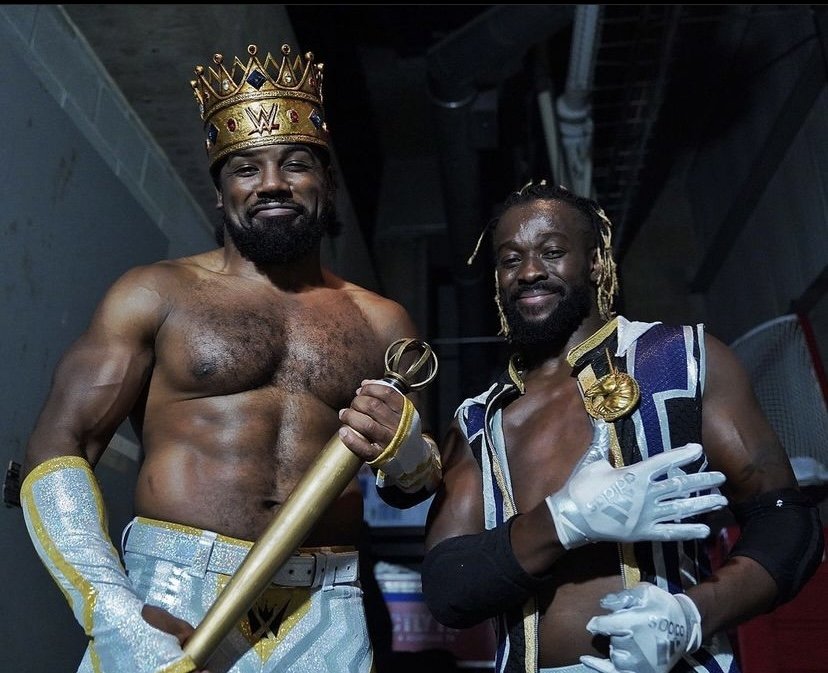 GREAT: Charlotte Flair comes out to start the show & she says that she is the most decorated champion in WWE History & when others win titles they say it is the biggest day of their life, but when she wins a title, it’s just another Friday. Flair said the women of Smackdown need a real leader & she will bring out the best in them. Sasha Banks then comes out & says nobody buys her as a leader & Charlotte only cares about holding the women down. Banks asked Flair when is her title match & Flair quickly said this is the new era of Smackdown & says that it is selfish of Banks & she thinks a new face deserves a championship opportunity. Shotzi’s music then hit & said if Flair is looking for someone she has never faced before, Shotzi is her girl. Flair said Shotzi coming in a tank is cute & she has her match.

GREAT: Charlotte Flair defeated Shotzi after a great back and forth match, which could be considered a star making match for Shotzi, as the crowd was very behind her the whole match.

MUST WATCH: After the match, Shotzi attacked Banks, who was at ringside, because she got up on the apron at the end of the match between her and Flair. She absolutely destroyed Banks and Shotzi looked like a STAR by the end of this segment.

GREAT: Adam Pierce got on the screen and said that he was fining Lesnar one million dollars & then they cut to Paul Heyman and Kayla Braxton & Heyman said Reigns doesn’t have to worry about Lesnar because he squashed Lesnar at Crown Jewel. Braxton asked Heyman how Lesnar will respond and Heyman said he thinks Lesnar will show up and hurt Adam Pierce & that nothing would stop him from coming out and being a beast. He said that’s how he thinks Lesnar will respond. This was so great.

GOOD: Drew McIntyre came out to issue an open challenge & Mustafa Ali came out to answer. Ali said he is much more athletic than McIntyre & when it comes to in ring talent, McIntyre doesn’t compare & he will win tonight.

GOOD: Drew McIntyre defeated Mustafa Ali in fairly quick fashion, with a submission, for the first time that I can remember. This was quick, but easy to watch.

TERRIBLE: After the match, Ali got on the mic & said the people choose to cheer for McIntyre & they choose to root against him. The only reason people don’t cheer him is because his name is Mustafa Ali. This gimmick is very outdated & hopefully they don’t keep going down this route.

GOOD: Next, there was a backstage segment with Hit Row & New Day where Hit Row acknowledged Xavier Woods as King Woods & they started chanting “King Woods” how they do for “Hit Row.” This was harmless fun.

GREAT: When we returned from break, the New Day were in the ring & Kofi Kingston got the crowd chanting “Hail King Woods” for quite a while. Woods then said last week Kingston officially put the crown on Woods head. The crowd started chanting you deserve it & Woods told Kingston that his heart is true. Woods then told Kingston to bend his knee & knighted Kingston. The crowd started chanting “Sir Kofi” as soon as this was done. The Usos then came out & made a big deal that the Usos and New Day are on the same brand again. Jey Uso told the New Day a lot has changed since they left & it is the Bloodline’s show now. Kingston got on the mic & said the Usos are jealous because they look great with new outfits. Woods said he can’t have the Bloodline on his new carpet & The Usos asked if it was a threat. Woods stopped everyone & said they will have a match, the Usos accepted. The Usos got a cheap shot on Kingston. This entire segment rocked.

GOOD: MadCap Moss & Happy Corbin defeated Shinsuke Nakamura and Rick Boogs in a trick or street fight after two masked men, who ended up being Angel Garza and Humberto Carillo hit Boogs in the back with two kendo sticks. This was easy to watch.

GREAT: Naomi v Shayna was about to start, but there was no ref in the ring & Sonya Deville came out & said the ref who was supposed to work the match got hurt last week so she will be the special guest ref. She then put on a special guest ref shirt. This story has gone so well.

TERRIBLE SQUASH: Shayna Baszler defeated Naomi after a fast count from Sonya Deville. This came after a botched move from Baszler into an awkward pin. This just wasn’t good whatsoever.

GREAT: New Day defeated The Usos in a great main event. These two teams will put on bangers with each other till they retire.

Overall, this show felt weaker than it has in a while, partially due to no appearance from Roman Reigns and two terrible moments in the show, one was a match that was booked terribly and one was a promo Ali, which made it seem like he was going to start playing the overplayed “foreign heel” gimmick. The show did have its bright spots, like the main event and opening match. The Shotzi heel turn was done so well.