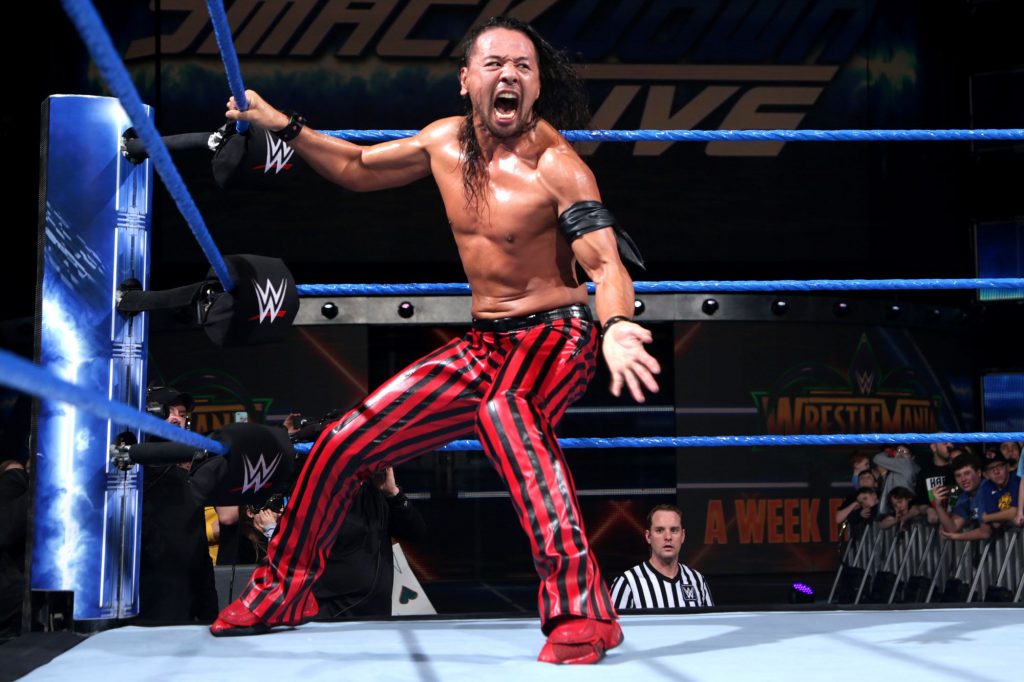 In front of Pro Wrestling Fans, Shinsuke Nakamura is the most unique and decorated Japanese superstars in the history of wrestling. However, even the career of the most decorated one can have its ups and downs. Nakamura is still waiting for his big moment in the company that everyone “dreams” of right now, WWE.

Shinsuke Nakamura was called up from the Black & Gold brand to the main roster in April 2017, where he interrupted The Miz & Maryse. Since then he has won a lot in WWE. He won the 2018 Men’s royal rumble, where he eliminated Roman Reigns and faced Aj Styles at Wrestlemania 34 for the WWE Title. He also has won the United States Title, the Intercontinental Title, and the Smackdown Tag Team Titles with Cesaro as his partner.

Speaking with Renee Young on Oral Sessions, “The King of Strong Style”  admits he still struggles with life in WWE, since moving to the United States in 2016. He also discussed his relationship with Vince Mcmahon.

“I’m still struggling in wrestling. Coming to US and coming to WWE is challenging. I came to challenge myself. That’s why I’m here. I’m waiting to find my timing and my moment. I don’t pitch ideas to [Vince] a lot. We talk after the match a little or before the match if he has an idea for my promo. I need to get used to [not talking to Vince],” he said. (H/T Fightful)

Renee Young also asked about the challenge of doing promos and does he nervous about it. “Yes, still. Nowadays, they only give me a short line. For example, a famous joke, I don’t know because I didn’t grow up in the US.”

English isn’t his first language and so it makes it harder for him to cut promos, but Nakamura managed to turn his lack of English into something even more funny. For example, he said continuously telling people about “No Speak English” a couple years ago that made wrestling fans even loves him more.

Shinsuke Nakamura has recently started a feud with King Corbin. Nakamura lost to King Corbin on the May 14 episode of Smackdown. He was mad about it and stole King Corbin’s crown. He starts thinking about his old self in NJPW as “King of Strong Style”