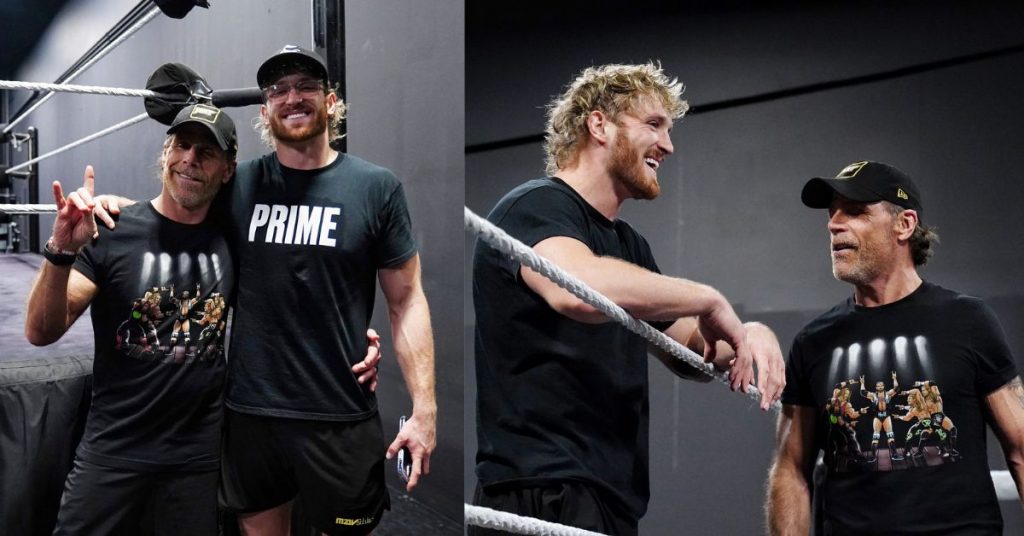 WWE Hall of Famer Shawn Michaels has said that he trained Youtube Sensation Logan Paul out of curiosity. Michaels has been training Logan Paul for his title match on Crown Jewel.

Senior Vice President of Talent Development Creative, Michaels was speaking to media in NXT conference call. He was questioned about how he felt while training with Logan Paul.

Shawn heaped praise on Logan for the work that he has put in. He admitted that he was curios to work with Logan Paul after seeing his impressive performance at the Wrestlemania.

The HBK said that it was Paul who requested for it and that he jumped on the opportunity as he wanted to see time and effort put in by Logan Paul.

“Working with him really was fun. He’s a bright kid. I didn’t know him, clearly — whatever. I am a square. Obviously, I know of him. I saw what he did at ‘Mania, I just thought clearly he’s somebody you can see he’s committed. I know they stuff he’s done in the past with the boxing.”

“When he jumps into something, he’s gonna go all in. He works really hard. I was curious to see what kind of time and effort he was putting into this. He requested this and I jumped at the opportunity because I was really curious. But he’s actually getting it. He’s a nice kid.”

Shawn Michaels also admitted that Logan Paul was being pushed into a space where other young talent doesn’t start. He is 5 year down the road while he’s nearly in 6 months of training. So Shawn emphasized the need to focus on fundamentals.

Logan Paul will be facing Roman Reigns for Universal Title at the Crown Jewel PPV on 5th of November.