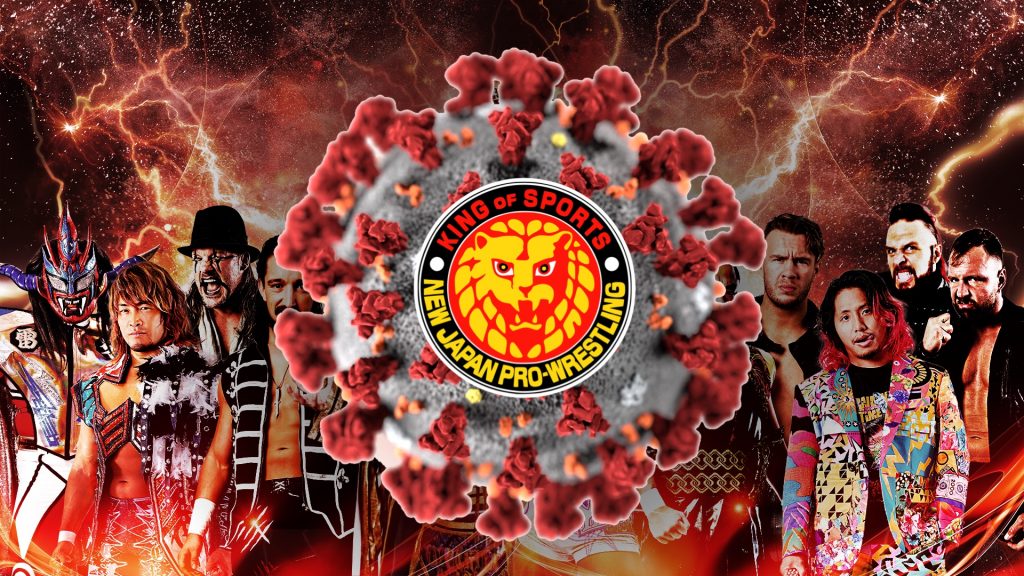 New Japan Pro Wrestling have released a statement this morning revealing that seven members of their roster have tested positive for COVID-19.

NJPW did not name these stars or give any hints towards who they are, but did note these were additions to the two stars who tested positive last week, meaning a total of nine wrestlers on their roster have now tested positive for the virus.

Late last week NJPW made the decision to postpone both their upcoming Wrestle Grand Slam shows, that were set to take place in Yokohama Stadium and the Tokyo Dome later this month. This decision was made due to Japan going into a State Of Emergency due to rising COVID-19 cases.

As a result of PCR testing conducted across the roster following the May 4 Wrestling Dontaku event in Fukuoka, New Japan Pro-Wrestling has learned of seven positive tests for COVID-19.

As previously reported, two wrestlers who presented with a fever on the day of the May 4 event were immediately tested in accordance with COVID protocols, with the tests returning positive.

In light of this news, all those who had close contact with the infected parties, in addition to every wrestler on the roster, received PCR tests, with a further seven wrestlers testing positive.

All those who tested positive are experiencing mild symptoms or are asymptomatic. According to protocols and under medical advice, all are isolating and receiving appropriate treatment.

New Japan Pro-Wrestling has a strictly implemented COVID-19 policy drawn up under expert advice and guidance. This includes daily temperature and blood oxygen saturation checks, as well as regular PCR testing. All attendees are temperature screened on entry to venues, masks are required during training and backstage, and packaged food is provided in order to limit unnecessary movement outside. However, we take these developments extremely seriously, and are working to further strengthen our COVID-19 countermeasures in future.

NJPW deeply apologizes for the concern caused to fans and personnel and asks for your understanding.

Here at Wrestling Republic, we wish everyone affected a speedy recovery!