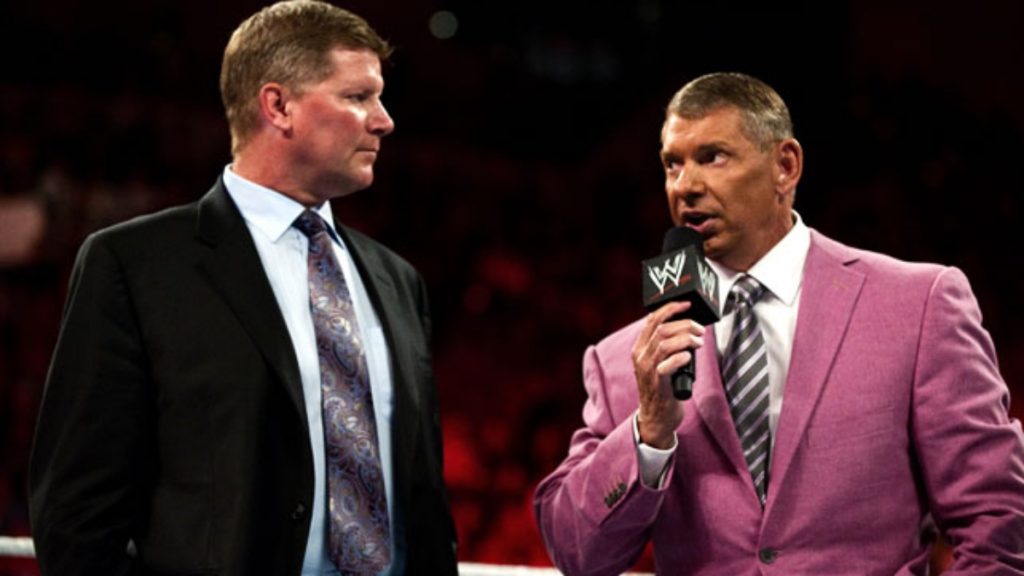 Vince McMahon and John Laurinaitis may be forced to testify under oath, but WWE will try and avoid this.

Since this news broke, both McMahon and Laurinaitis have stepped down from their positions as the investigation continues. They were replaced by Stephanie McMahon and Bruce Pritchard, respectively until matters can be resolved.

Seven law firms have since joined the investigation into the McMahon hush-money scandal on behalf of shareholders. They aim to discover whether this scandal has harmed investor’s stock within the company.

WWE has already lost $578 million in value, with stock prices falling from $67.18 per share to $59.46. Attorneys are working to determine whether or not class-action lawsuits can be levied against the company to recover these losses.

If enough evidence is gathered, WWE could be held financially liable. These firms are already looking for investors to join the potential suit.

The hope is Vince and Laurinaitis could be forced to testify, but WWE will likely try to settle things out of court. Dave Meltzer discussed the issue in this week’s Wrestling Observer Newsletter, going into further detail about the scandal and WWE’s methods.

“If it does stay down from the level it was when the story broke, the idea is to file a class-action suit for the stock price losses. The idea is to get it to discovery, where Vince McMahon and John Laurinaitis would have to discuss the situations under oath,” said Meltzer. “The idea is that WWE would do anything to make sure that doesn’t happen, and settle out of court, similar to the Saudi Arabia case. If the stock price is around $67, there is no strong case because it didn’t lead to long-term losses. Any significant stock price decline will have these and other companies trying to tie the news stories as the reason and filing suit would open these cases up for discovery.” (H/T RingsideNews.com)

A similar lawsuit was levied against WWE previously in regards to WWE’s dealings with the government of Saudi Arabia. WWE paid $39 million in an out-of-court settlement to avoid discovery in the case.

WWE could handle this scandal the same way to avoid the investigation going to discovery. Their main goal will be to keep both McMahon and Laurinaitis from having to testify under oath.

It all depends on if the law firms involved find any cause to file suits against the company.