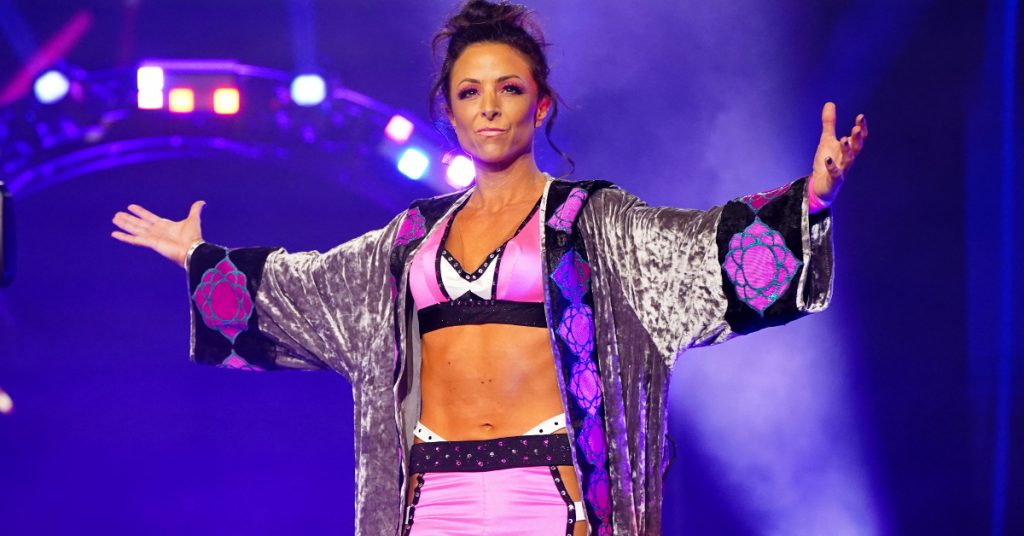 ‘The Professor of Professional Wrestling’ Serena Deeb has recently taken part on an interview with SiriusXM’s Busted Open Radio, where she commented on her thoughts about possibly facing AEW Women’s World Champion Thunder Rosa in the near future.

Deeb first referred to the history between both of them, using her victory against Rosa for the NWA World Women’s Championship back in October 2020 as an example of that. Deeb would also make it clear that she thinks it’s already time to revisit their story, this time by putting the AEW Women’s Title on the line.

“You know, we go back, we have history. The whole NWA, we had a feud, I believe it was three matches, right around the time I started with AEW, those first few months. So we have some history, and it might be time to revisit that history.”

However, Deeb also stated that she would like to have a ‘dream match’ with a special stipulation put in place for another clash with the Mexican-born wrestler. She even named that, if it is up to her, she would pick an Ironwoman stipulation.

“Well, dream [match] would be an Ironwoman Match, … That’s the dream. I love all the ideas of stipulations and all that, but I’m grounded in technical wrestling. That’s what I love to do and she’s the same. We’re both very technical, and I think an Ironwoman would be magical with her.” (Credit to SiriusXM’s Busted Open Radio for the interview, H/T to WrestlingInc.com for the transcription)

Serena Deeb made a name for herself during her time as a part of WWE’s Straight Edge Society faction, alongside CM Punk and Luke Gallows (AKA Doc Gallows). After some years wrestling at the independent scene, she signed with All Elite Wrestling during the pandemic times of 2020.

Deeb and Rosa have only met on AEW’s squared circle in one occasion, back in October 2020. However, if they confront each other again, the only thing sure is that we’ll be on for a good spectacle.