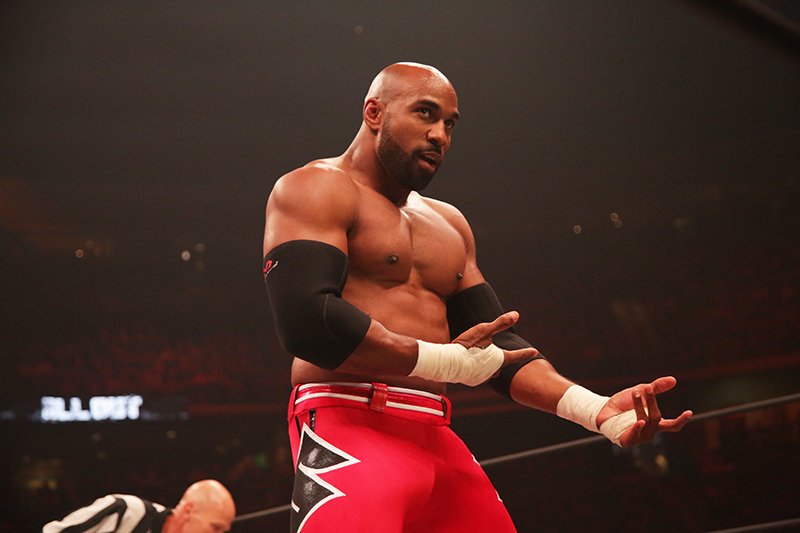 It appears AEW seemly has begun to offer extensions to their roster’s current contracts and we now know that one AEW star has been offered to stay with the company for five years.

Appearing in an interview with PWInsider, Scorpio Sky would discuss AEW growth over that past two years as well as Tony Khan and his vision for the future of the company.

“I wish I knew what made him tick. He’s a special kind of guy,” Sky said. “He obviously has a vision, which we’ve seen many, many, many times. He’s proven that that vision is clear and when you see it come to light, good things happen. Good things like AEW, good things like we’ve seen in AEW, the talent he’s been able to attract even before the big names that have come in this year. If you look from day one, bringing in the Young Bucks, bringing in SCU, bringing in Chris Jericho and Cody and Hangman and Kenny, from day one, he’s had his eye on talent.  This is a guy that loves the wrestling business, and it comes through like that. He’s not in this business to make money. He’s not in this business for clout. He’s not a money mark.  He’s a guy that loves the wrestling business.

“I think that’s why people got behind AEW and that’s why people get behind Tony. Whenever Tony walks out on the stage, people cheer and bow and chant his name because he’s one of them, and he’s giving the fans what they want to see,” Sky added. “He’s a very, very smart guy. He’s got a memory like no one I’ve ever seen. I mean, you can have a small two-second conversation with him… Two seconds, who can talk in two seconds? But a small 20-second conversation with him in a loud room that you won’t remember the next day, and he’ll remind you of it a month later. “Hey, sir, I didn’t forget about this.” Like, “Oh, holy crap. I did. Sorry.” (H/T – WrestlingInc)

Scorpio would further discuss about how back during All Out this year, that he did indeed sign a five year contract extension with AEW.

“I [signed the deal] right around the time of the Pay-Per-View. I’m happy to be with AEW for at least five more years,” (H/T – WrestlingInc)

Will more AEW stars decide to sign extension like Scorpio or will some decide to take their skills elsewhere?