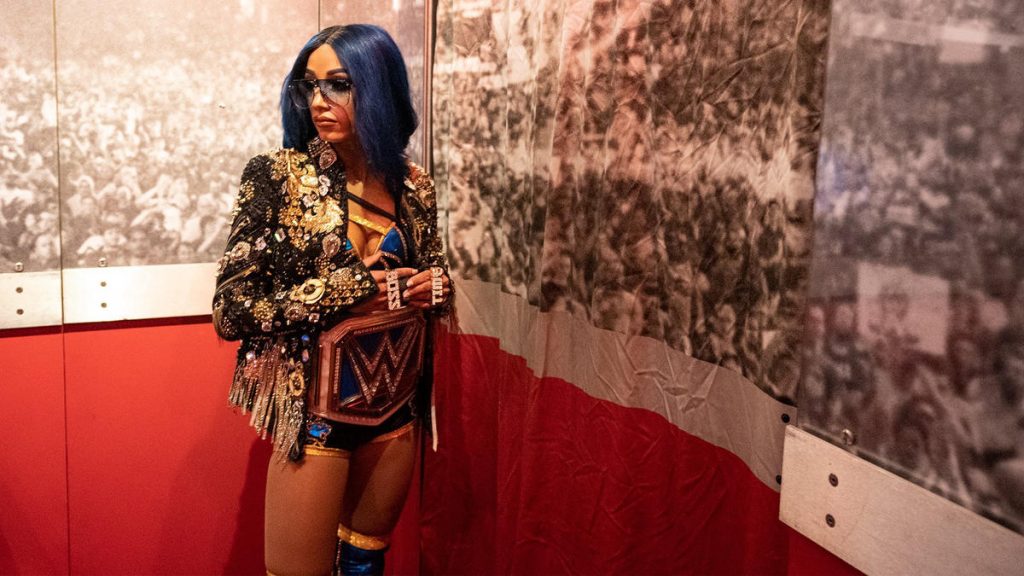 Sasha Banks teased on Instagram something ‘Crazy’ is about to happen

On her Instagram story Sasha Banks aka Mercedes Varnado revealed something ‘crazy’ is about to happen. Leaving a hint that the big surprise is closer than we could’ve hoped. Leaving some to question if she’s WWE bound.

She said in her Instagram story “I’m really going to make the most of this November to make all my dreams happen in preparation for this date.” Being that we are in November this hints that her surprise is just around the corner.

‘The Boss’ didn’t come out and say she was a return to professional wrestling. However, she did say that whatever it is. She’s been waiting the past 6 months for it to happen.

Banks confirmed that she was preparing for big moment in her career that could be happening anytime soon. Some are speculating with her recent backstage visit in Mexico coupled with this message hints towards a possible Crown Jewel or Survivor Series return.

Showing her obvious gratitude to her loyal fan base she said “I’m very excited, and I hope you guys come along for this journey, which I know a lot of you have been with me for so long,”

Before finishing Banks hyped her news one last time by saying “So, thank you. But I just want to let you all know it would be something so f***ing crazy coming!”

She never solidifies her news as a return to wrestling. Sasha Banks could be referring a new acting or production project. Both her and Naomi have been staying very busy since walking out on WWE television back in May.

With all the recent news to do with Sasha one must speculate if this is have been building towards a big return to the ring. Keep an eye on WrestlingRepublic.com for any new developments with Sasha Banks and her next step.