Saraya Wants To Have A Match Against Chris Jericho In AEW 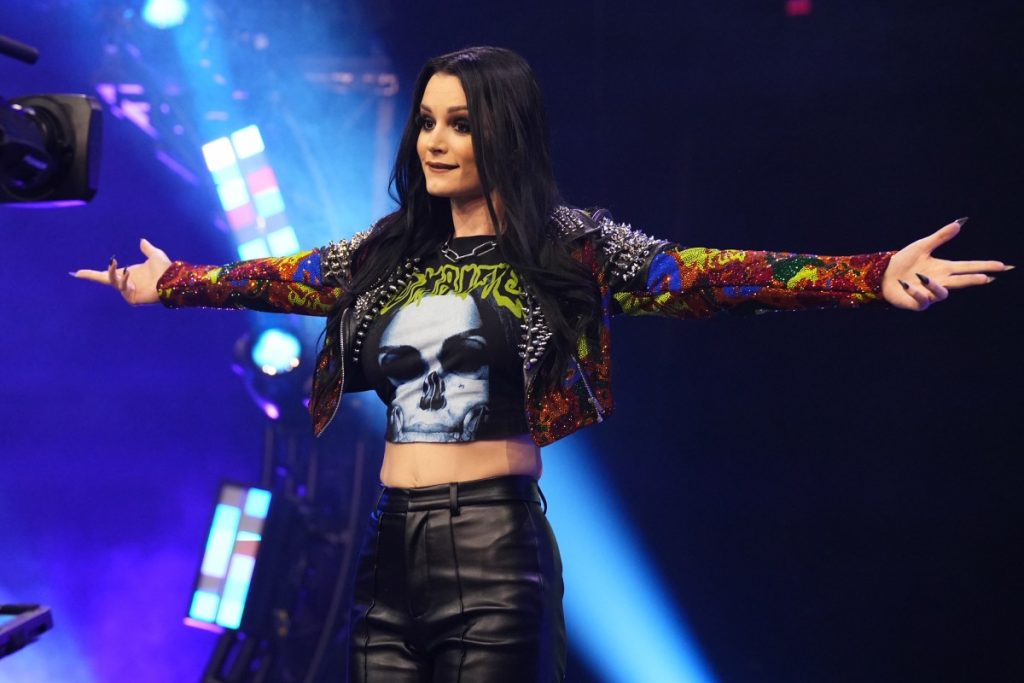 Saraya expresses her desire to have intergender matches at AEW, especially against Chris Jericho.

With her awaited return to the ring, Saraya wants to break barriers and make history in her new house AEW.

The wrestler made his comeback to the industry and debut at AEW during AEW Full Gear 2022, in a match against Britt Baker, where he picked up the win.

As a guest at the Whoos House Podcast by DJ Whoo Kid, Saraya expressed her wish for equal opportunity business.

She discussed the intergender matches, focusing on big promotions like AEW.

Saraya has faced many male opponents during her career, so it’s a known road for her.

She also mentioned that her boyfriend, Ronnie Radke, has wanted to see her wrestle Chris Jericho.

“It writes itself. Ronnie even wanted to become part of it. A storyline, do something against Chris Jericho. He’s such a good bad guy. He plays a very good bad guy, and people love to hate him. I feel they [Ronnie and Jericho] would have a good storyline.” she continues by saying “I would love to wrestle one of the guys. If I have to beat up Chris Jericho, Jericho would be up for it. He doesn’t care, he’s a very selfless worker. He’s a good guy. He’ll wrestle anybody and if he has to let somebody win, he’ll be like, ‘Absolutely.’ There is never an ego there. He just wants to help people. I’m like, ‘Let me beat you. Let me beat you up.’ I’m gonna beat the shit out him, he’ll be fine,” (Via Whoos House Podcast) she said while laughing.

Would you like to see intergender matches at AEW? let us know in the comments.

You can watch the full podcast at the link down below.