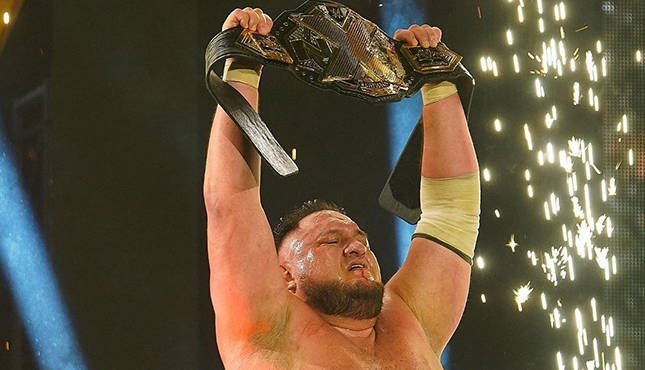 In April 2021, WWE released Samoa Joe. All fans around the world truly thought that was the last we would ever see of Joe inside a WWE ring. Well just two months after his shocking release, Joe returned to the place where his journey began, NXT. He confronted undefeated champion Karrion Kross, and got a title match against Kross at the NXT Takeover 36 Pay-Per-View, where he defeated the champ and won back his prestigious NXT title. Joe’s journey back to the top, however, has unfortunately ended short.

Joe took his actions to twitter where he posted a video of himself explaining why he is relinquishing the belt. Joe explained that recently WWE has informed him there are certain injuries that have popped up that will lead to Joe’s upcoming absence from the ring. Joe says the absence will be brief, but an undetermined amount of time.

We wish Joe the best of luck as he recovers from his injuries, and we hope to see him back in the squared circle fighting for the belt again very soon.