Sammy Guevara And Tay Conti Reveal They Are Engaged 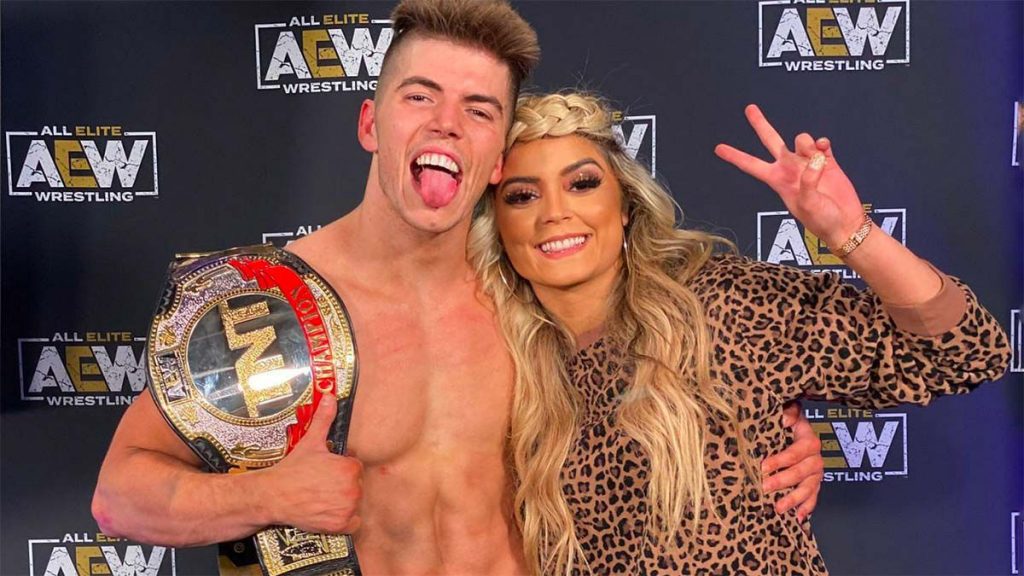 During these times, pro wrestling fans around the world have noted the great chemistry between AEW’s Sammy Guevara and Tay Conti, which led to rumors about them dating each other.

Now, after revealing their relationship in December 2021, Sammy and Tay have decided to take another step by announcing their engagement.

The news of their engagement was first reported by TMZ Sports, who detailed that Sammy proposed to her in Paris, France- most specifically in front of The Eiffel Tower- and received the ‘yes’ answer.

Even if both of them look happy with each other, it is undeniable that many fans have opposed to their relationship ever since the beginning, even getting to the point of receiving death threats from angry fans.

The origin of the fan’s disapproval comes from the moment that The Spanish God decided to break his previous engagement with his long-time girlfriend, who he proposed inside the AEW ring.

The fan’s heat towards them played a main-role in their heel turn, who recently saw them losing to Scorpio Sky, Ethan Page and Paige VanZant at AEW Double Or Nothing.