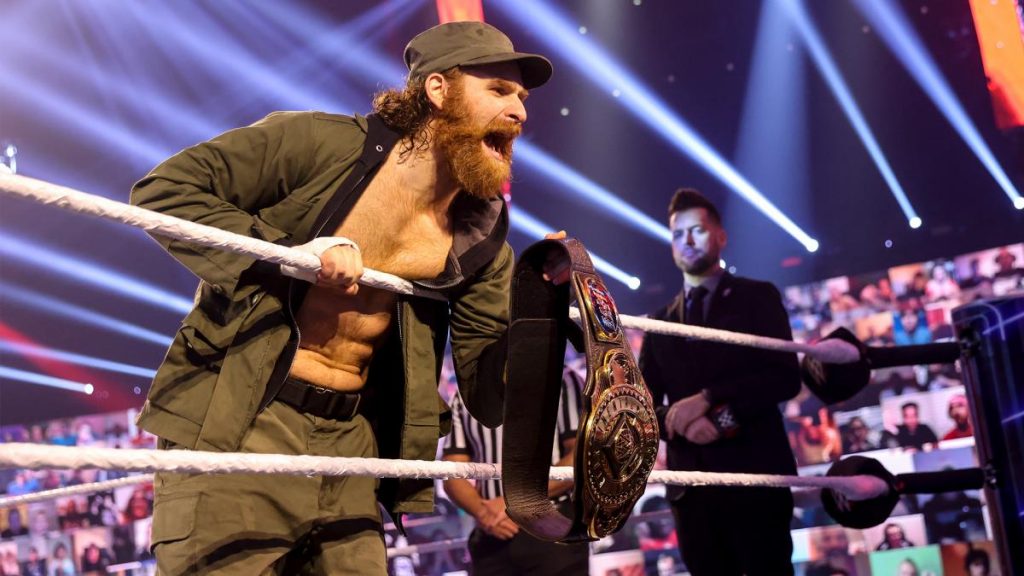 There could be another WWE star that is on their way to leaving the company, Sami Zayn’s WWE contract expires at the end of this year, this is according to a report from Wrestling Observer Newsletter.

This comes after reports that Kevin Owens is expected to leave WWE. It is still unknown if Sami Zayn will leave or sign with WWE again, but if Kevin Owens ends up leaving WWE when his contract expires then you would have to think that Sami Zayn could possibly follow.

WWE could end up losing both Kevin Owens and Sami Zayn, so if this is the case then that will be a massive blow to WWE as both wrestlers are very popular in the company and both could go to rival company AEW who has already signed former WWE talent in Adam Cole, Bryan Danielson and CM Punk. Kevin Owens and Sami Zayn would be fantastic additions to an already very talented AEW roster if the pair decide to go there.

Sami Zayn was on Smackdown this past week as he took part in a 10 man tag team match. Zayn has won the Intercontinental Championship twice and the NXT Championship since being in WWE.

Stay tuned to Wrestling Republic for more updates on Sami Zayn and his future.