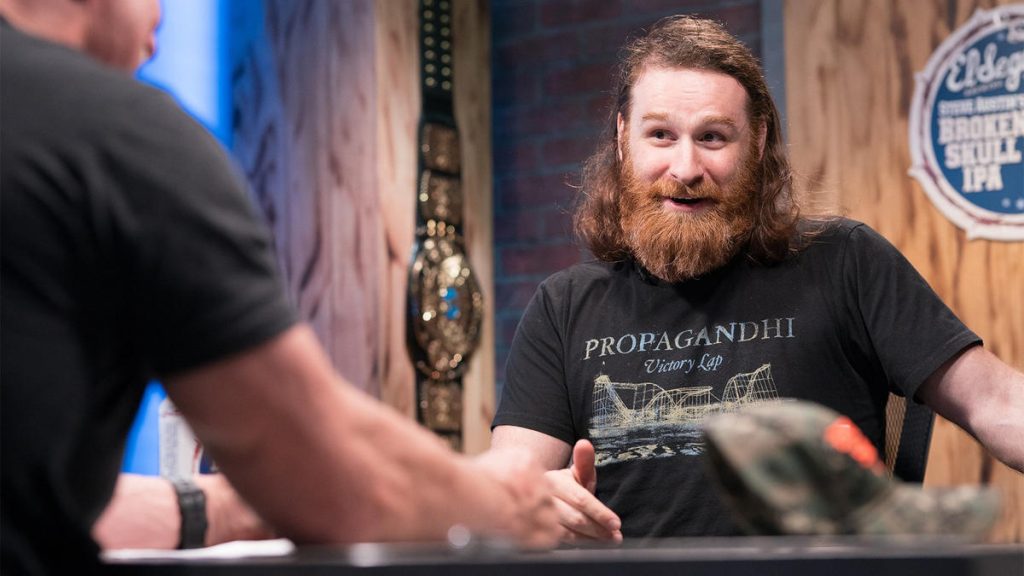 Sami Zayn is genuinely baffled that Jim Cornette praised his work with The Bloodline on Friday Night SmackDown.

Sami Zayn has been working hard for the past 8-years since joining WWE, but his hard work has been paying off. He has been a highlight of WWE programming for years now, and his best work has been his most recent.

Ever since joining The Bloodline, Sami has made the group more popular than ever. His comedic timing has added some much-needed levity, but it hasn’t gotten in the way of the developing storyline.

As things stand, he has become a major point of contention for Roman Reigns and Jey Uso. Jey can’t stand Sami Zayn and think’s he’s trying to conspire against the group from the inside.

On the other hand, Roman has given Sami his full trust and sees his cousin Jey as the problem. He is quickly making himself into an enemy, but one man who used to hate him now loves him.

Jim Cornette, who has in the past been heavily critical of Sami, now sees Sami as a highlight. The controversial figure even took to Twitter to say as much, to the bafflement of Sami himself.

Cornette said in his post, “Let me tell you something. I never thought that I would say this. But I think now Sami Zayn is my favorite person to watch on television. El Generico certainly wasn’t, but Sami Zayn is incredible. And this whole thing with The Bloodline and The Usos and Uces.”

Cornette also praised Sami Zayn on his podcast The Jim Cornette Experience where he said, “Oh, I’ve been feeling Ucey. Let me tell you something. I never thought that I would say this. But I think now Sami Zayn is my favorite person to watch on television. El Generico certainly wasn’t, but Sami Zayn is incredible.” (H/T RingsideNews.com)

You can see Sami Zayn’s reaction to Cornette’s praise below:

As things stand, tension is continuing to grow within The Bloodline, but it has to boil over at some point. Will Jey come around to Sami being in The Bloodline, or will Roman have to make some changes?