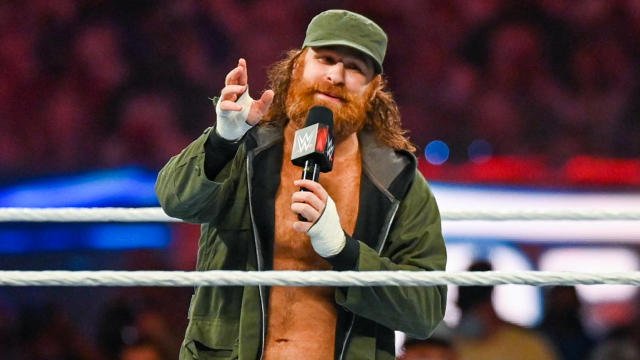 Sami Zayn became part of the WWE in 2013 and has worked countless matches for all three WWE brands – RAW, Smackdown & NXT. Working his way up the ladder from “The Ultimate Opportunist” to the “Honorary Uce”, Zayn is now part of “The Bloodline” one the biggest factions in WWE history.

Currently one of the most talked about wrestlers in the world, Zayn has has to battle his way threw several territories, companies and opponents before finding his way to the WWE. Primarily working the wrestling persona El Generico or sometimes other aliases. Zayn worked for indie promotions like ROH and PWG from 2002 to 2013. He also wrestled around the world for promotions in Japan, England and even in Australia.

So naturally when the topic of working indie promotions came up when speaking with Peter Rosenberg on Cheap Heat for Rosenberg Radio. The “Honorary Uce” wasn’t shy from the topic and actually mentioned some surprising but interesting choices for opponents he’d like to face in the future.

Although Sami Zayn is one of the biggest stars in the WWE, it appears he’s been keeping an eye on talent from a rival promotion. While speaking with Peter Rosenberg Zayn spoke of three member of the AEW roster he would like to meet in the squared circle.

“I do see some guys out there,” Zayn said.

Jumping right to “The Devil” of AEW Zayn mentioned him first, “MJF pops to mind – I think he’s very talented.”

Sami Zayn isn’t just focused on the tops stars of AEW, “There’s a kid in AEW called Dante Martin who’s just, like, a really great high flyer and it kind of reminds me of the matches I would have on the independents with guys who are really good high flyers, so just strictly based on in-ring, I think, just if we were working an indie in front of 300 people.”

Most of all though, Sami Zayn says he’d like to wrestle some old friends.

“It’s guys that I’ve worked with before that I just miss and that I would love to work with again now like Kenny Omega just as an example.”

Paying his friend a compliment, “He was super easy to work – he was a lot like me actually, I thought, very detail-oriented,” Zayn said

It appears with the news of Shinsuke Nakamura getting the opportunity to wrestle for another promotion, other WWE stars maybe looking for the same. Keep an eye on WrestlingRepublic.com to see if WWE opens the door for others to cross promotions.