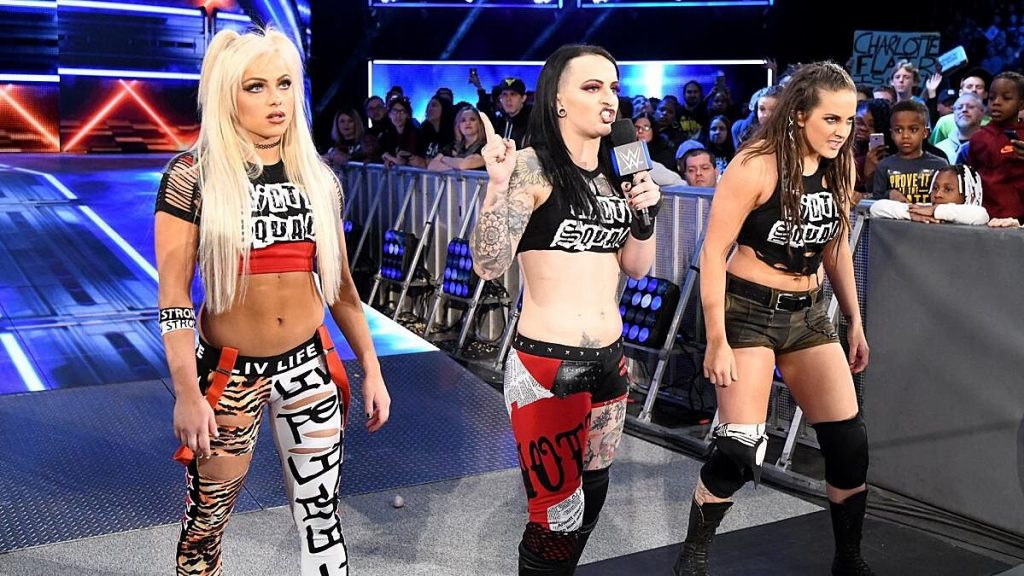 Ruby Soho made her All Elite Wrestling (AEW) debut at All Out on September 5th 2021 and now her recent appearance on Chris Jericho’s podcast: “Talk is Jericho”, has revealed the initial plans for her former stable in WWE, The Riott Squad.

Speaking to Jericho on the podcast, Ruby went into detail of the initial plans for The Riott Squad in 2017 with her teammates Sarah Logan and Liv Morgan.

“From what I was told, we weren’t supposed to be together for very long.” “We were supposed to debut together and then kind of split, but they liked us together, and we loved being together. And I think that was one of the things because we didn’t think we were gonna last very long. We didn’t change our individual characters and we just kind of tried to get them to mesh together instead of, oh, we’re gonna try to make each other a faction. We’re like, okay, if we’re gonna get split up, we’re gonna stay who we are. And I think that’s what helped us is we had three individual characters that made sense somehow in a weird way that actually accented each other”.

The Riott Squad would remain together until 2019, when the stable was split due to the “Superstar Shake-Up”, as well with Sarah being released in 2020 and Ruby in 2021. The only member left of the Squad in WWE is Liv Morgan who is currently on SmackDown.

As for now, Ruby is preparing for her match against Dr Britt Baker D.M.D at AEW Dynamite Grand Slam for the AEW Woman’s Championship on the 22nd of September.