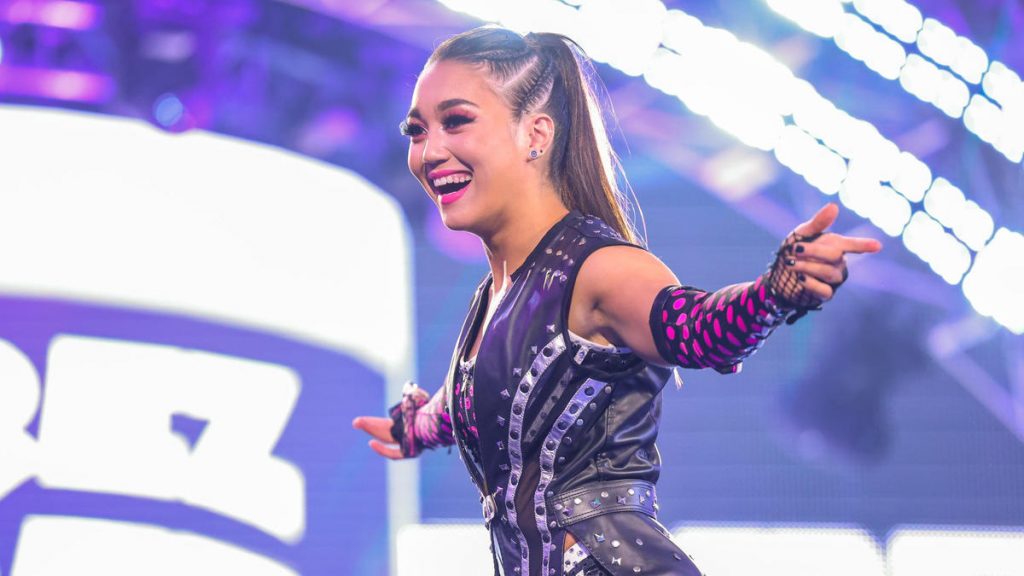 Roxanne Perez is currently one of the top stars in the NXT 2.0 women’s division.

The 20-year-old wrestler, who signed with the WWE earlier this year, made her debut in April and moved on to win the inaugural NXT Women’s Breakout Tournament, securing herself a future opportunity for the NXT Women’s Title.

Roxanne also won the NXT Women’s Tag Team titles, alongside Cora Jade, but she had to relinquish the titles after Jade turned on her and costed her the NXT Women’s title in her match with Mandy Rose.

However, during a recent talk with Denise Salcedo at the WrestleMania 39 launch party, Roxanne Perez revealed that a valuable advice from current Raw Women’s Champion Bianca Belair during her WWE Tryout was a key factor in all of her current success.

“I do remember that at my tryout, Bianca Belair was there, and I asked her for some advice and honestly, her advice really stuck with me,” Roxanne said.

“It was the second tryout and I had some thoughts like, ‘What did I do wrong?’ and she was the one that told me, ‘Don’t be embarrassed to just go out there, and if you have a thought in your head and you think it’s too crazy, just do it.’ She basically said just leave it all out there with no regrets, and that’s exactly what I did. I don’t even know if she realized it, but that helped me so much.” (H/T WrestlingInc)

Where Did Roxanne Perez Wrestle Before Joining WWE?

Before joining the WWE earlier this year, Roxanne Perez competed in Ring Of Honor and became the ROH Women’s Champion.

She held the title between September 2021 and January 2022, while she was competing under the name of Rok-C.

WWE Hall of Famer Booker T is one of the main people that helped Rok-C in her training as a pro wrestler.