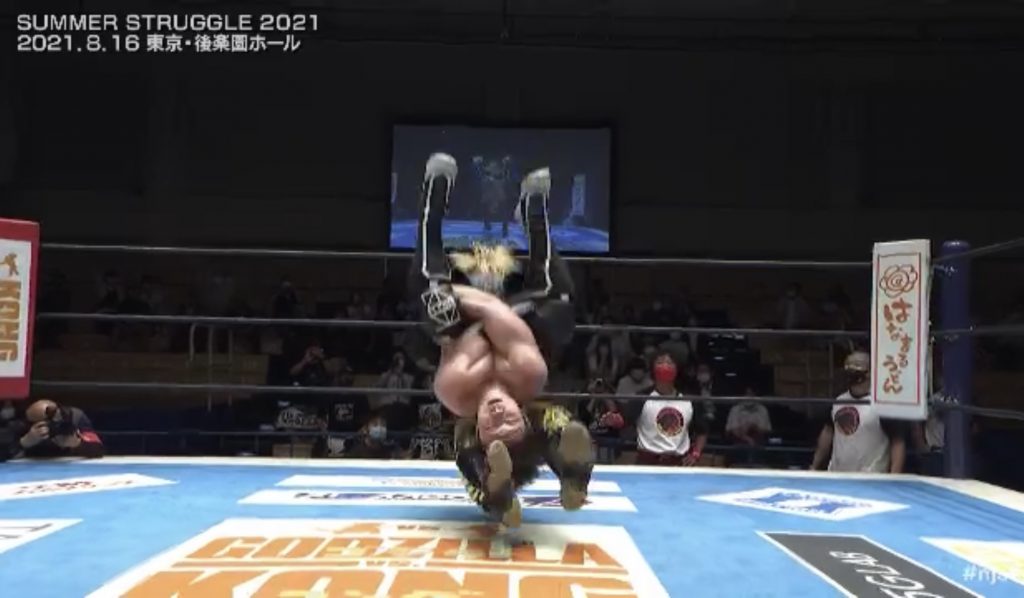 Today during the main event for the Super Jr Tag League Tournament. Sho shocked Kourakuen hall by betraying his long-time brother from 9 years ago. First lets go down the History of Roppongi 3K

Roppongi 3K, a tag team that put an impact to the Jr tag division in New Japan Pro Wrestling. A 9 year brothership from when they were Young Lions to holding the Jr Tag Titles 5 Times. They were formed when Rocky Romero had no partner because his former Roppongi Vice partner, Beretta (Now known as Trent in AEW) moved up to the Heavyweights. They had their last match in Destruction in Hiroshima (2017). Later that night, Romero confronted the IWGP Jr Tag Team Champions, Ricochet and Ryusuke Taguchi telling them that he was now the manager of a new faction named Roppongi 3K where he stated that they were 3000 more better than Roppongi Vice but the identities of the members were hidden until King Of Pro Wrestling when it was revealed that Sho Tanaka and Yoh Komatsu returned from their excursion with new names as Sho and Yoh. They were already used to tagging with each other from their excursion togethrt. They have tagged as the Raijin and Fujin in CMLL, The Tempura Boyz in ROH and now Roppongi 3K. They had an awsome tag run as they have one the Super Jr Tag League 3 years in a row. Their tag team has been on hold for roughly a year due to Yoh injuring his leg during the NEW JAPAN CUP 2020 in his first round match against BUSHI. Sho continued as a singles wrestler until New Japan Cup 2021 finals when Yoh announced his return to in ring competition. His comeback match took place at Sakura Genisis 2021 when he tagged with Sho to successfully challenge the IWGP Jr Tag Champions, Yoshinobu Kanemaru and El Desperado. they would lose and win the tag titles again and then lose it to ELP and Ishimori during one of the Kizuna Road shows

During the Super Jr Tag League 2021 Tournament, Roppongi 3k had lost 0-3 giving them 0 points. before the tournament, El Desperado and ELP has said that R3K is over and Yoh is the weak link and telling him to retire because he “Doesn’t love pro wrestling anymore” and Sho to get a hold of him due to him losing his big matches from Dominion to Super Jr Tag League.

Today’s Super Jr Tag League Tournament match with R3K and El Desperado and Kanemaru. Nearing the end of the match, Desperado locked in the Numero Dos on Yoh. With Yoh screaming in agony, Sho came in the ring to watch Yoh and give up on him. He would go ringside disappointed allowing Desperado to punish Yoh and take home the 2 points. El Desperado and Kanemaru were also very confused on what happened. Sho would congratulate the winning team as they walked out. Then Sho grabbed on Yoh and suddenly went to the Shock Arrow position and drived Yoh’s skull to the mat. Kourakuen was shocked with fans not being able to hold their voices. Gasping heard from the crowed. Sho would walk out saying “Yoh-san, No Yoh, Your over. JUST RETIRE!”

A sad moment for 3K fans. This was now the end of 3K. What faction would you like to see Sho in? How did you feel about Sho betraying Yoh?