Ronda Rousey Reveals What Led To Her Joining WWE 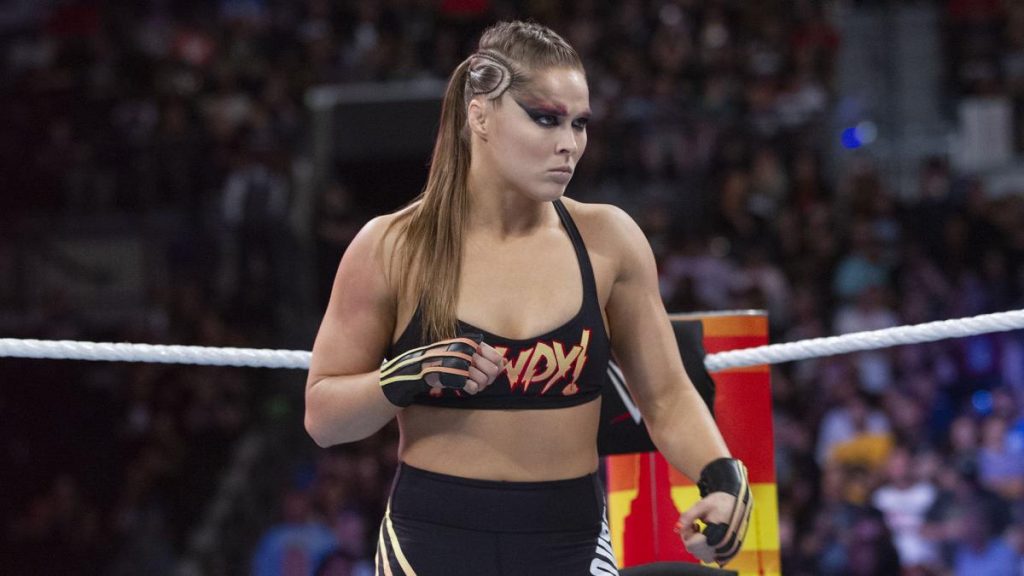 Ronda Rousey is one of the biggest names in combat sports today and made her WWE debut, after years of anticipation, at Wrestlemania 34 in 2018 when she teamed with Kurt Angle to face Triple H & Stephanie McMahon in what some may claim to be match of the night.

Rousey, on the Wives of wrestling podcast, talked about how her bachelorette party led her to join WWE. Rousey has said how she had to travel over to Florida to be with friends Shayna Baszler and Marina Shafir and how she suggested she get involved in wrestling during the visit…

“Shayna (Baszler) got me to WWE in general and then she started training at the PC. Marina (Shafir) moved there with [Roderick Strong]. I guess I kind of approached them. I had a bachelorette party and I wanted to hang out with the girls, but everyone was in Florida doing wrestling, so I was like, ‘why don’t I come and do wrestling with you guys and we can hang out.’ I didn’t have Triple H’s number or anything, but (I talked with my agent) and was like, ‘What do you think WWE would think if I asked my bachelorette party to spend like a week training over there. It was me, Jessamyn (Duke), and Shayna doing an RV road trip from LA to Florida.’ That was my present to myself. I basically wanted to give myself a tryout. We had so much fun and it was a really good time.” (H/T Fightful)