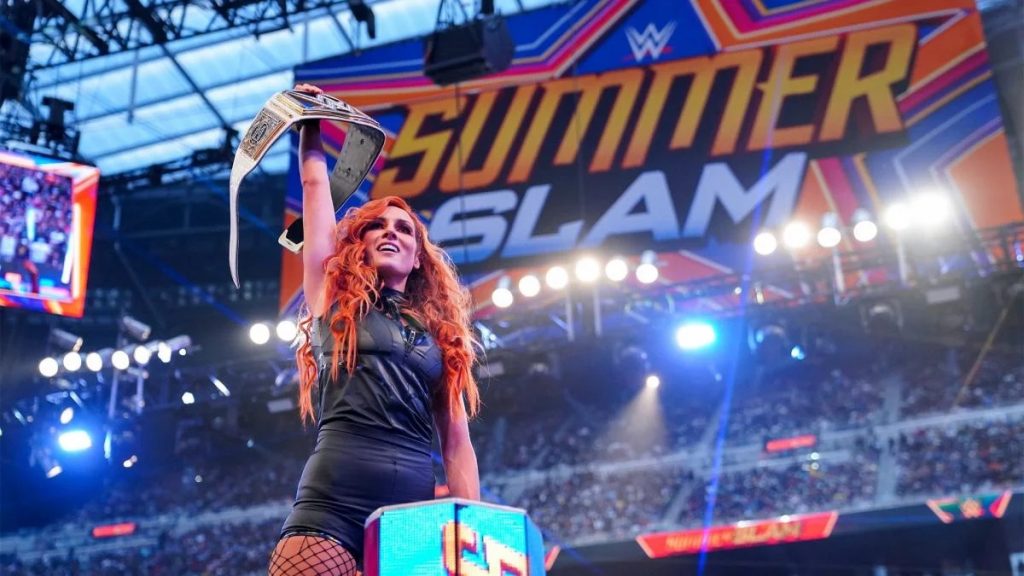 Becky Lynch made her grand return to WWE at SummerSlam, surprisingly defeating Bianca Belair in a 26 second match to regain the SmackDown Women’s Championship.

It was previously reported that Becky Lynch requested to turn heel upon her return, however this was reportedly inspired by another major heel turn according to The Wrestling Observer

Dave Meltzer noted on the Wrestling Observer Newsletter that Becky Lynch was inspired by current Universal Champion Roman Reigns, who has been praised massively by those around the industry since he returned last year.

Fans have questioned the long-term success of this heel turn, giving Lynch was – and still is – one of the most over people in WWE. It was speculated that this could be seen as a personal challenge for Lynch, as it doesn’t make much sense from a business standpoint.

Becky Lynch will be making her SmackDown return tonight, and is expected to be continuing her feud with former champion Bianca Belair.