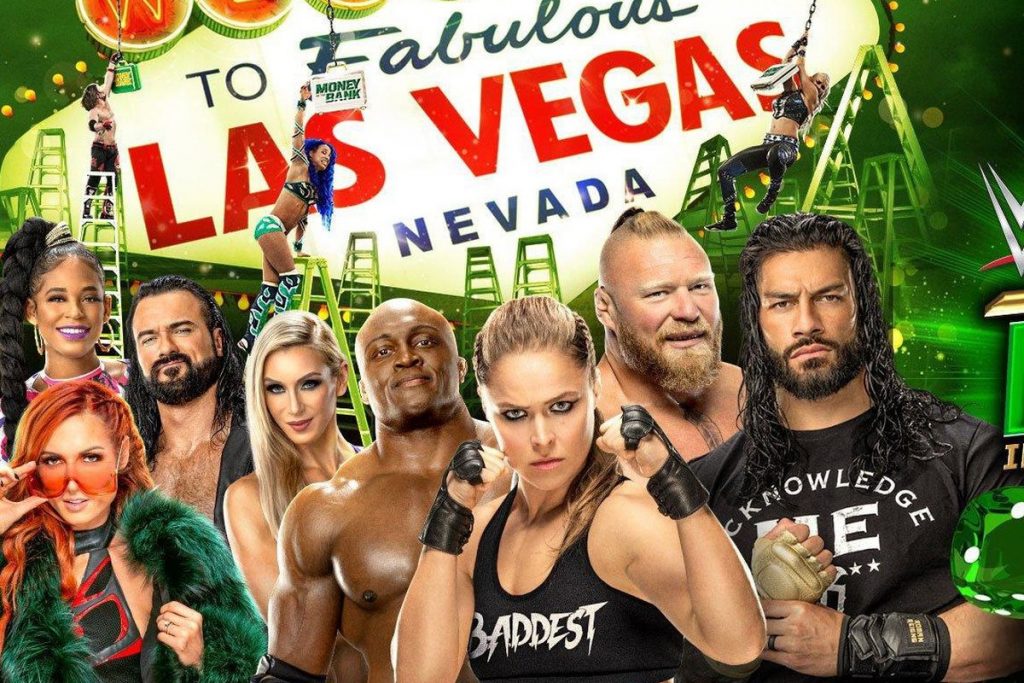 Many top stars including Roman Reigns and Brock Lesnar are no longer being advertised by WWE for the upcoming Money In The Bank Premium Live Event.

Money in the Bank is WWE’s 5th biggest show of the year. It comes after Wrestlemania, Summerslam, Royal Rumble and Survivor Series. It is then normal to have some of your biggest stars appear on the show but it won’t be the case this year.

WWE recently changed the venue for the event, going from Allegiant Stadium to MGM Grand Garden. They downgraded from 65,000 seats down to 17,000.

This raised questions among the fans as to why they did such a thing. It appears they have also cut some superstars from the event.

It has been pointed out by fans that some superstars were not featured on the posters and promotions from Money In The Bank. Superstars like Roman Reigns, Brock Lesnar, Ronda Rousey, Charlotte Flair, Becky Lynch and Bobby Lashley. The poster now features Cody Rhodes, The Miz, Riddle, Rhea Ripley and The Street Profits.

It was rumored that Roman Reigns would face Riddle at Money In The Bank. There is no indication whether this match will happen or not. He is then scheduled to face Randy Orton At Summerslam. Then, end it off against Drew McIntyre at Clash At The Castle.

This would mean he would appear at the event even though he is not being advertised for it right now. It’s still possible as it doesn’t Roman won’t be there only because he’s not on the posters. It could very well be an angle for a storyline.

As for Brock Lesnar, he hasn’t been seen in WWE ever since he lost to Roman Reigns at Wrestlemania. They probably have no plans for him at the moment. It is then very likely he will not be at the event.

Money In The Bank is set to take place on Saturday, July 2nd and we will have to wait and see if these superstars end up appearing.