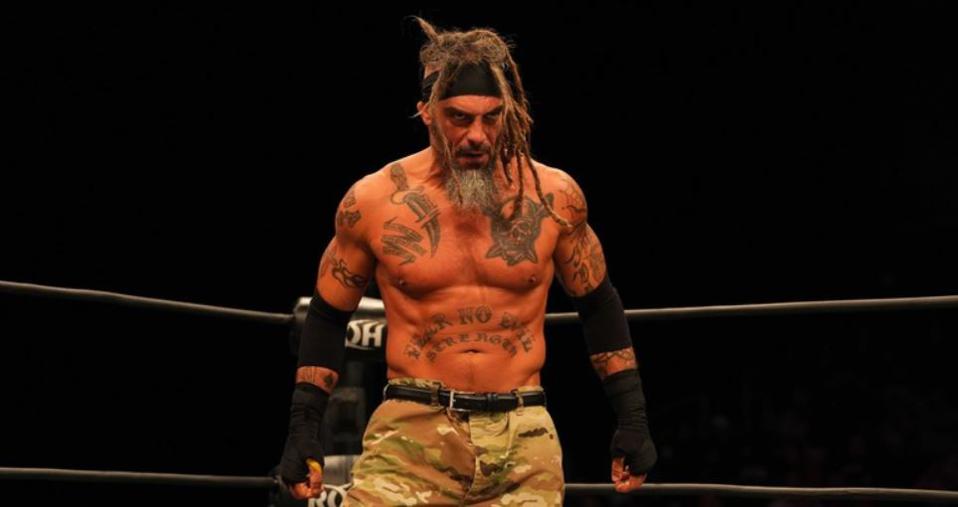 Ring of Honor wrestler Jay Briscoe (real name Jamin Pugh) has passed away after a fatal car crash in Laurel, Delaware Tuesday evening. With a lot of the details still emerging, Delaware State Police did report the accident occurred around 5:30 PM EST.

It is unclear the number of vehicles that were involved at this time, but it was stated that the crash occurred in the area of Laurel Road and Little Hill Road. The only other details that are known at this time are that the driver of another car involved also died and that both Briscoe’s daughter’s were seriously injured in the crash.

What We know About The Accident

According to an initial report on the on the accident provided by Shore News Beacon,

“four patients were trapped.” There were two fatalities and “two critical patients” one was referenced as being pediatric.

Jamin Pugh’s (Briscoe) wife Ashley posted Facebook and provided an update on their family, confirming that their two daughters, Gracie and Jayleigh, were injured in the accident.

“We need prayers! Gracie is on her way into surgery on her back. Jamin would want the whole world praying for his little girl. WE BELIEVE IN THE POWER OF PRAYER!! Pray for the doctors and everyone working on her!”

The statement also gave us a little insight into the condition of the children “Pray for her precious legs to move again! Pray for Jayleigh who has some pretty serious injuries, but is stable and resting!”

Her words carried strength and concern “Pray for Gannon waiting at home! Pray for strength for all of us! We have a long long road ahead of us!”

As a result of the accident the Laurel School District announced via their Facebook that it would be closing schools on Wednesday following the news of the accident and Jamin’s passing. Schools in the district will reconvene and reopen on Thursday.

Briscoe Brothers Made An Impact On ROH

The Briscoe brothers were a fixture in ROH for 20 years. Jay and his brother Mark, made a name for themselves in the early 2000s in the American indie scene. They worked for several promtions including CZW, NWA Wildside and NWA.

After arriving to ROH (Ring of Honor) the two brothers from Sandy Fork, Delaware became tag team stars synonymous with the promotion.Winning the ROH Tag Team titles in 2003, in the following 19 years they would recapture th titles another 12 times. They had just begun their 13th title reign in December after defeating FTR at Final Battle in a double dog collar match.

Jay Briscoe, a two-time ROH World Champion. Winning his first title in 2013 and then again in 2014. But Briscoe didn’t stop at singles or tag team gold. He and his brother also held the company’s Six-Man titles with Bully Ray in 2017.

Jay and his brother Mark wrestled in promotions all around the world. The Briscoe brothers were successful everywhere they went.

The first to share the tragedy on social media was AEW & ROH owner Tony Khan via Twitter:

The entire wrestling community took to social media to share their shock, sorrow and condolences. Kind words from his peers, all sharing stories of someone who was clearly respected and loved by all.

As the wrestling community comes to grips with losing such a beloved member, our hearts can only share sympathy. We at WrestlingRepublic.com send our deepest condolences to the family of Jamin Pugh and all others involved in this tragedy…Rest in Peace Jay Briscoe and thank you for entertaining us all.