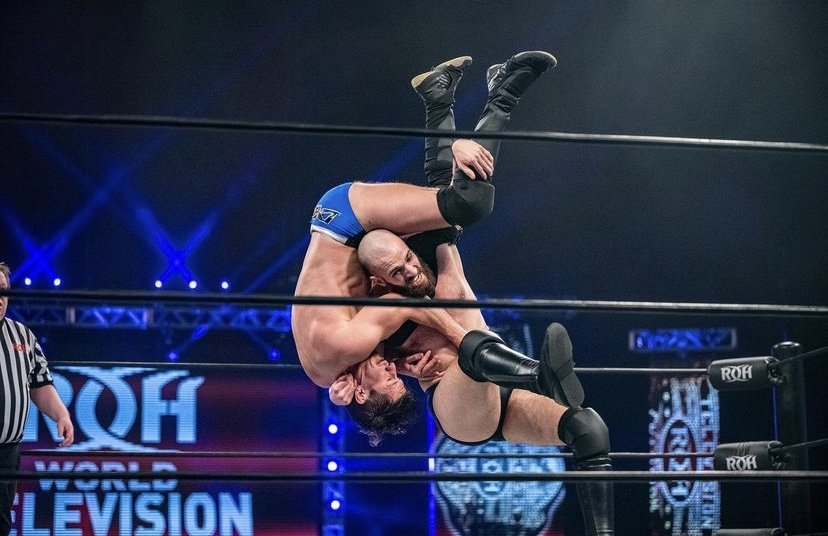 This weeks edition of ROH Television was hoping to build off the momentum the show has had since the 500th episode a couple of weeks ago.

GOOD: As always Quinn McKay kicked off ROH Television by hyping up the nights events as well as announcing next week she will be returning to in ring action herself or the first time in a long while. As per usual, this segment at the start of the show created excitement for what was to follow.

GREAT: McKay then interviewed both Flamita and Bandido ahead of their match tonight. Bandido noted he hopes the match will repair the slowly breaking relationship between the two, while Flamita bluntly said he didn’t care if it did or didn’t.

GREAT: Flamita defeated Bandido in what was advertised as a ‘grudge’ match between the two former best friends. The two were absolutely killing it and once again showed their chemistry together is off the charts. Flamita ended up getting the win by hitting a low blow while the referee was down, which fully cemented his heel turn.

GREAT: Matt Taven cut a promo backstage along with Mike Bennet on Dixon and BCB, where he said he hasn’t forgotten what happened a few weeks ago.

GOOD: Mike Bennet & Matt Taven took on Beer City Bruiser and Dixon in a match where they hoped to get revenge after the recent actions from Dixon & BCB. Dixon had the match won, however instead of going for the pin he attempted to show off to BCB to prove his worth, however this backfired and resulted in him getting pinned.

GOOD: After the match Brian Milonas entered the ring and told BCB he was right, before beating up Dixon, much to the satisfaction of BCB

GREAT: In the main event Tracy Williams put his ROH TV Title on the line against Tony Deppen of the newly found Violence Unlimited Faction, in what can only be described as a hell of a main event match! The two went back and forth with counter after counter showing great technical wrestling, and Tony Deppen eventually got the shock win after using multiple moves throughout the match that would be banned if the match was under ‘pure’ rules, and this protects Tracy Williams in the Pure Division, as well as making him look strong in defeat

Overall this weeks episode of ROH absolutely delivered and I would recommend to anyone that they should check out both the opening contest and the main event. The show broke the recent theme of having only two matches on the show, however the middle match was more so for storyline purposes rather than an actual match, however with that said I still think that match could have been better if given more time, so perhaps saving it for another episode would have been a better idea, as the two match show format has worked perfectly for ROH as of late. Overal rating – 7.9/10