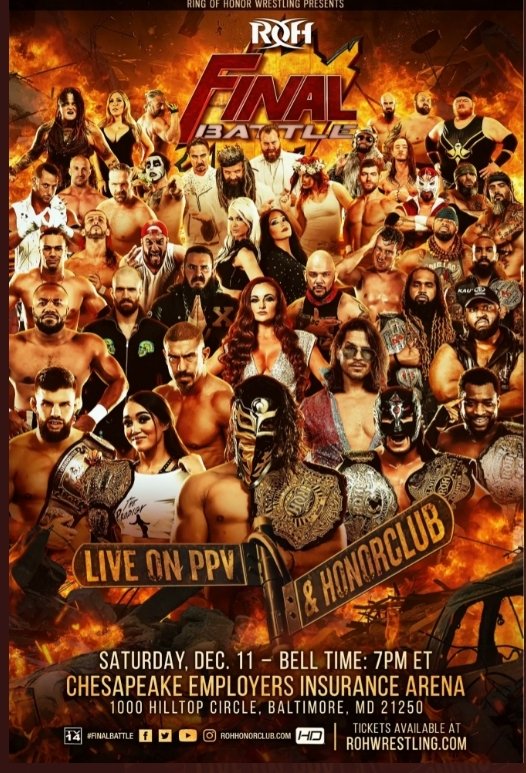 The ROH Tag team titles are on the line for Final Battle.

OGK was interviewed by Brian Zane after the match but interrupted by The Briscoes, who proposed a match at Final Battle. ROH has since made the match official.

On a related note, ROH has added “End Of An Era” as the tagline for Final Battle. This will be the final ROH pay-per-view before the company goes on a major hiatus until April 2022. ROH talent contracts will not be renewed if they are expiring at the end of the year but those still under contract will be paid through March 31.

ROH’s “Final Battle: End Of An Era” will take place on Saturday, December 11, from the Chesapeake Employers Insurance Arena in Baltimore, MD. Final Battle will also be available on Pay-Per-View and Honor Club Tickets are on sale now at this link.

Below is the current announced card for the pay-per-view: