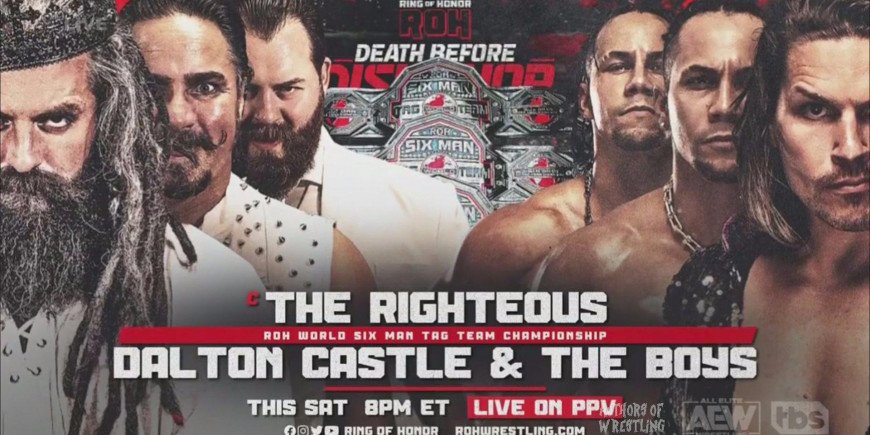 Another championship match and a Zero Hour match finish up the Ring of Honor Death Before Dishonor schedule.

Death Before Dishonor, a Ring of Honor event, will return to Pay-per-view on Saturday, July 23. The schedule already includes a number of high-caliber Championship contests, including Claudio Castagnoli’s bid for the World Championship.

Two additional matches, including one that will take place before the action begins on pay-per-view between Willow Nightingale and Allysin Kay, will be added to the schedule for the July 20 episode of AEW Dynamite. Allysin participates frequently in the NWA.

A contest for the Ring of Honor 6-Man Tag Team Championship completes the official schedule. As Dalton Castle and The Boys are repelled by Vincent and The Righteous. Additionally, Vincent competes for IMPACT with Honor No More.