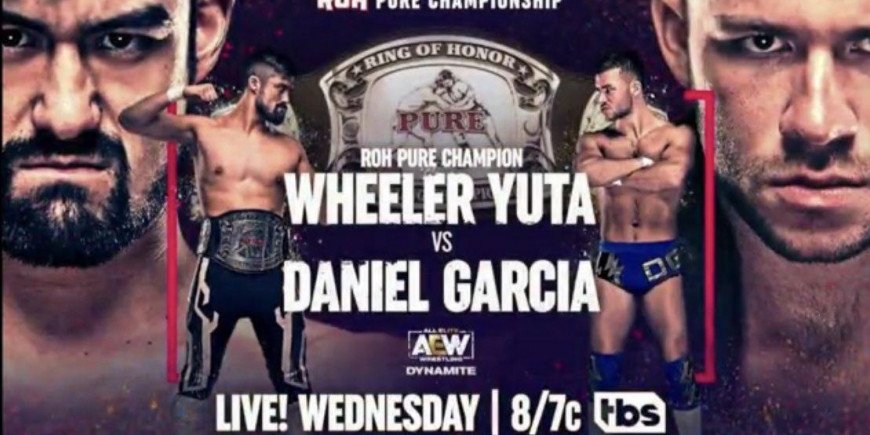 The rematch for the ROH Pure Championship is set for next Wednesday’s AEW Dynamite as Wheeler Yuta will defend against Jericho Appreciation Society’s Daniel Garcia.

At AEW All Out, Yuta will be in action because he will be taking part in the Casino Ladder Match.
In his most recent match, Garcia defeated Westin Blake in the AEW Dark episode from August 23. On the August 17 episode of AEW Dynamite, he was defeated by Bryan Danielson in a match decided by two-out-of-three falls.

In a storyline involving Chris Jericho, Bryan Danielson, and Garcia that has lasted for weeks, Garcia has been torn between wanting to be a pro wrestler or a sports entertainer for the Jericho Appreciation Society. After saying he couldn’t decide last week, he told Jericho on this week’s Dynamite that he wanted to remain with the faction.

Later, he took a chair from Jericho, who was about to attack Danielson in the ring, allowing him to recover and strike Jericho with a running knee. Garcia looked upset after Danielson laid Jericho out.

On Wednesday’s Dynamite, Yuta defeated Rush, Rey Fenix, and Dante Martin in a four-way match. Those four will join Claudio Castagnoli, Penta El Zero Miedo, Andrade El Idolo, and a mystery ‘joker’ challenger in the Casino Ladder Match at All Out this Sunday.

Here is the current lineup for next Wednesday’s AEW Dynamite in Buffalo, New York: