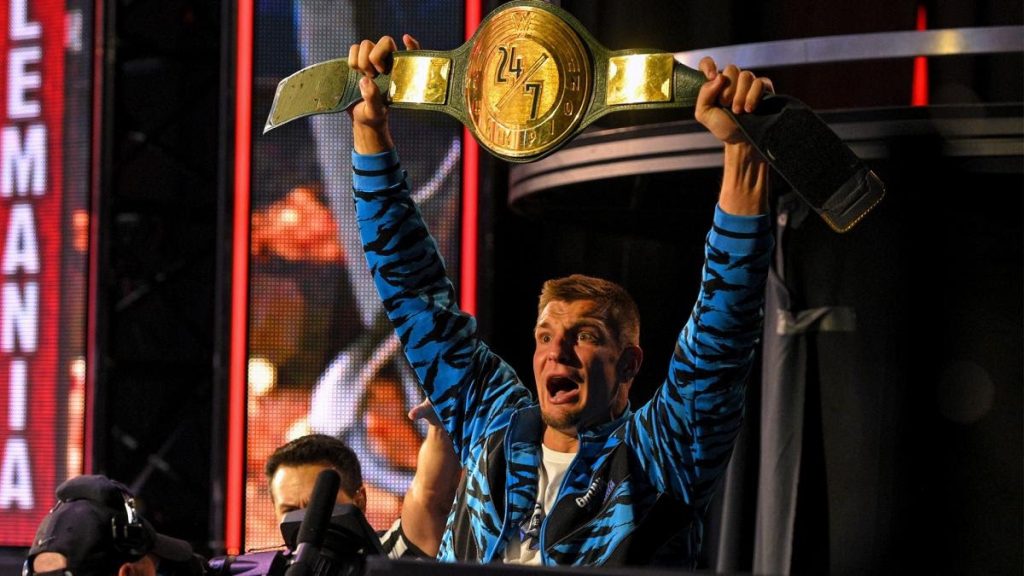 At the beginning of 2020, WWE signed NFL Star Rob Gronkowski to a short-term deal which would see him host WrestleMania and become 24/7 Champion, however even larger plans were in the works should he have not left the company so soon.

Gronkowski was familiar within the WWE Universe prior to his run in 2020, as he had helped his friend Mojo Rawley win the Andre The Giant Memorial Battle Royal at WrestleMania 33.

Gronk’s time with the company was cut short however, as he returned to the NFL just ten weeks after making his SmackDown debut.

According to Fightful Select, Gronk’s run with WWE was planned to lead to something at SummerSlam 2020 with Mojo Rawley, whether this was going to be a match or something else wasn’t noted. The reasoning behind this was that Gronk would be a huge draw in the Boston area, where he played for several years.

It was further noted by Fightful that the door is open for a potential return to WWE in the future, however WWE wouldn’t be surprised if this doesn’t end up happening.