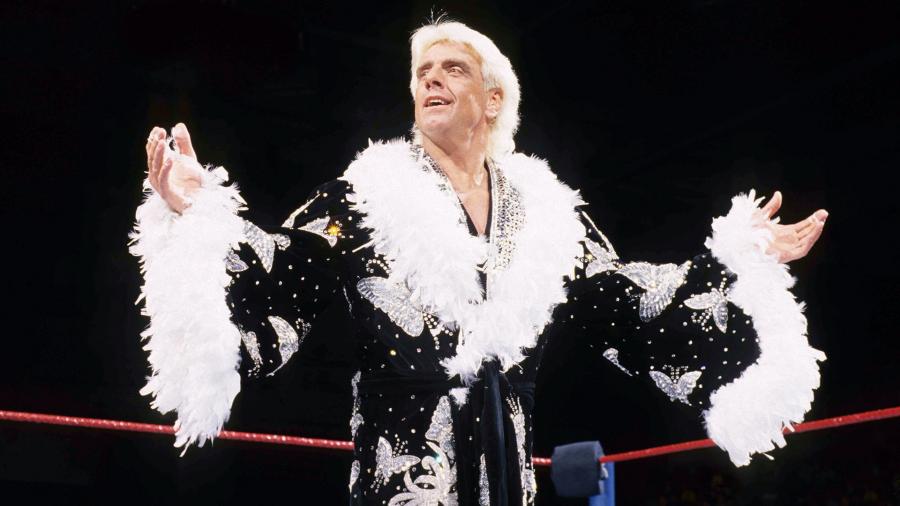 The Nature Boy is going to have a roast in his honor.

The Roast of Ric Flair is finally happening this year. The first attempt of this event was delayed in the past due to Flair’s unfortunate health issues.

As confirmed by Sean Ross from Fightful, the roast will take place and headline Starrcast V.

The statement on the Starrcast website said the following

” He is a 16-time world heavyweight champion. He is universally recognized as one of the greatest professional wrestlers ever to set foot in the squared circle. He is a larger-than-life personality who was ahead of his time, and yet continues to have a major influence in today’s pop culture. He has been the main event in countless arenas around the world, and on Friday, July 29th, just two days ahead of his final match ever, live from World Famous Nashville Fairgrounds, “The Nature Boy” Ric Flair will once again be the headlining act, but this time he will take center stage at STARRCAST V for “The Roast of Ric Flair.”

The last weekend in July is going to be Ric’s swan song in a professional wrestling ring, so what better way to send him off before his final match than giving him a proper roast,” asked STARRCAST creator and organizer Conrad Thompson. “Ric’s career has transcended professional wrestling and made him a pop culture icon. You’ve seen his influence everywhere from sports to hip hop. He’s done it all, except get roasted by some of his dearest friends and the most talented comedians in the world. That all changes on July 29th.”

The event will take place at Nashville Fairgrounds from Friday, July 29th to Sunday, July 31st. The event will also be made available worldwide, exclusively on FITE.

At the same event Flair is set to have his last match as part of “Jim Crockett Promotions Presents: Ric Flair’s Last Match” wrestling event, with a special Four Horsemen reunion that was announced later on today.

You can get the tickets for the event on the Starrcast official website.