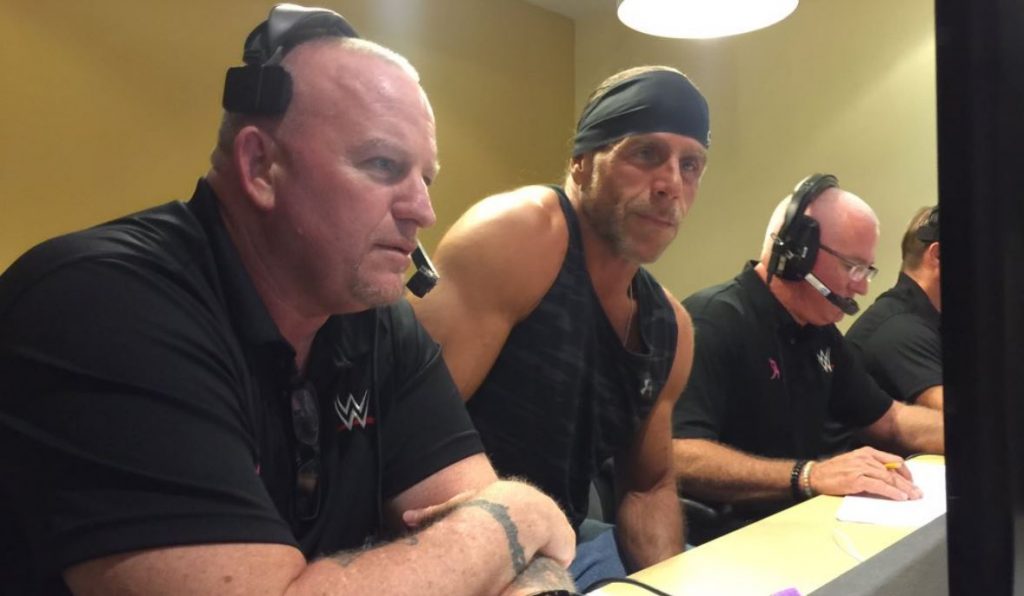 Vince McMahon stepped down from creative and retired from the company in June 2022. Almost immediately afterwards it was announced Triple H had taken over as head of WWE Creative.

It wasn’t long before “The Game” started making changes to the company, much to fan approval. Included in these changes were some adjustments to NXT. The Brand reverted back to the classic black and gold color, but still will maintain focus on creating new talent.

For many NXT stars, they will be called up to the main roster eventually. A big change was Triple H gave the creative team more time writing talent off NXT before their main roster call-up.

WWE Hall of Famer Road Dogg was speaking on his podcast on AdFreeShows.com and talked about his time working in NXT. He revealed that Triple H now gives the NXT creative team more time to write talent off. Providing more time to prepare before a main roster called up.

“Yeah. So all of the above to be quite honest with you because there’s not a strict streamlined process, especially now that Hunter is in charge of the creative. He understands much more about giving fair warning, so you can write the person out or write the person off or however you’re going to do it. It gives you time to prepare creatively for that,” Road Dogg said.

Adding to his comments Road Dogg said “I think going forward, you’ll always, I’m speaking now from NXT creative experience, that we had time to prepare to send people off,”

He proceeded to say “So I don’t think it’ll be that way anymore because I think everybody understands, at least let me beat him on the way out or let me do something to close the book on his character or whatever. Give us time to create something. I think that’ll happen a lot now.”

With tars like Bron Breakker and Cora Jade getting close to a roster call up. Keep an eye on WrestlingRepublic.com to see whether WWE will end up calling more NXT talent to the main roster.