Ring Of Honor Announce Death Before Dishonour PPV For July 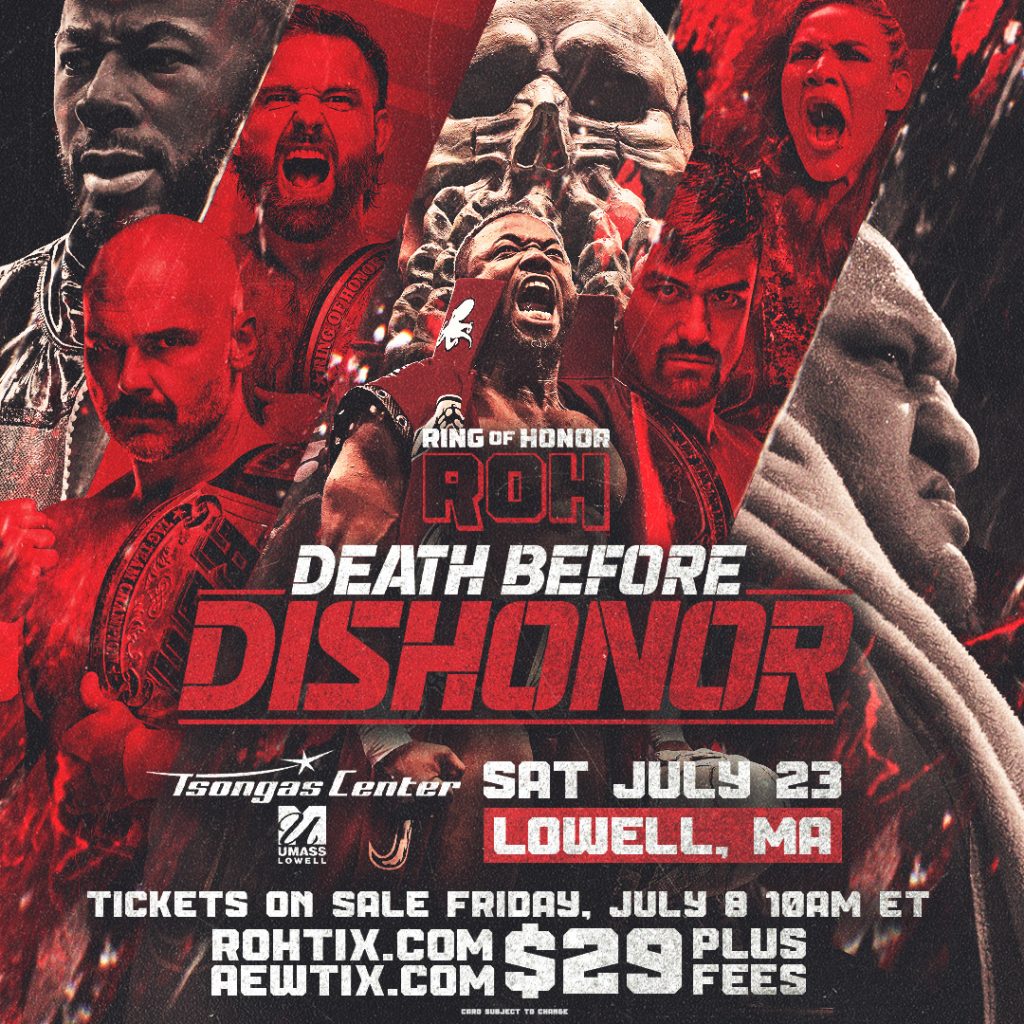 A new ROH PPV has officially been announced.

Ring Of Honor has been surrounded by rumors about his future PPVs since Tony Khan purchased the company back in March.

Earlier this month both, AEW and ROH talent, were informed about the possibility of holding Death Before Dishonour in July.

Now the announcement is official, with Lowell, Massachusetts as the host of the PPV.

The event will take place on July 23 at 8 PM. Tickets will go on sale on Friday, July 8.

Since Khan purchased, AEW has been featuring Ring of Honor titles and talent heavily on Dynamite and Rampage.

The search for a new TV house for the promotion is a must for Tony’s goals.

Looking for a re-launch soon, with Deat Before Dishonour as an incentive for a possible deal.

We are sure that in the next weeks we will have more information about the PPV, with Tony Khan possibly building part of the pay-per-view on both AEW Dynamite and Rampage.