Riddle Reveals That RKBro Wasn’t Supposed To Last This Long 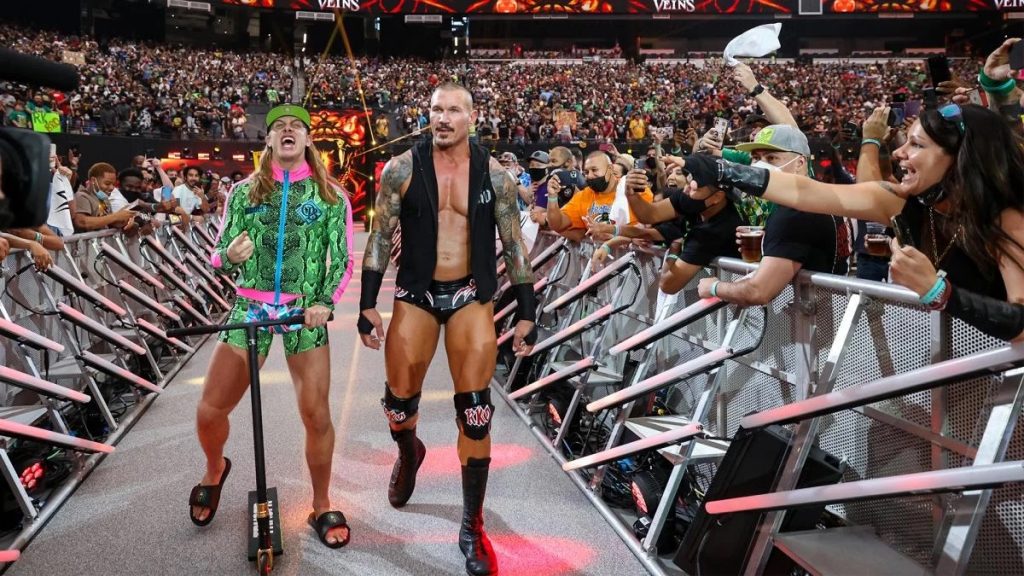 Speaking with Ariel Helwani for BT Sport, current Raw Tag Team Champion Riddle has revealed that his partnership with Randy Orton wasn’t supposed to last as long as it has.

“It’s crazy, you think about how it started it’s just like, ‘how funny would it be if we’re RK-Bro’ and then we do it and the story and that’s the thing with wrestling. You can pitch it, but you never know who is going to be the next big thing or what’s going to attract a mass audience. When RK-Bro started getting legs and taking off, because it wasn’t supposed to last this long, at all. Randy was supposed to beat me up, probably, but the people loved it so much and they just went with it. I’m glad, Randy is glad. He is extremely happy. We work well together and enjoy each other’s company. I enjoy Randy’s company. Deep down, I think he enjoys my company as well. We make work easier for one another. We push each other and at the same time elevate each other. He knows I bring it.”

Riddle and Orton initially began as rivals, before forming an unlikely partnership throughout episodes of Raw, ultimately knocking off AJ Styles and Omos at SummerSlam to become Raw Tag Team Champions.

The pair look to be continuing their feud with the phenomenal duo, likely leading to another pay-per-view match down the line.

Have you enjoyed RKBro’s partnership so far? Drop your thoughts in the comments below, or over on Instagram.