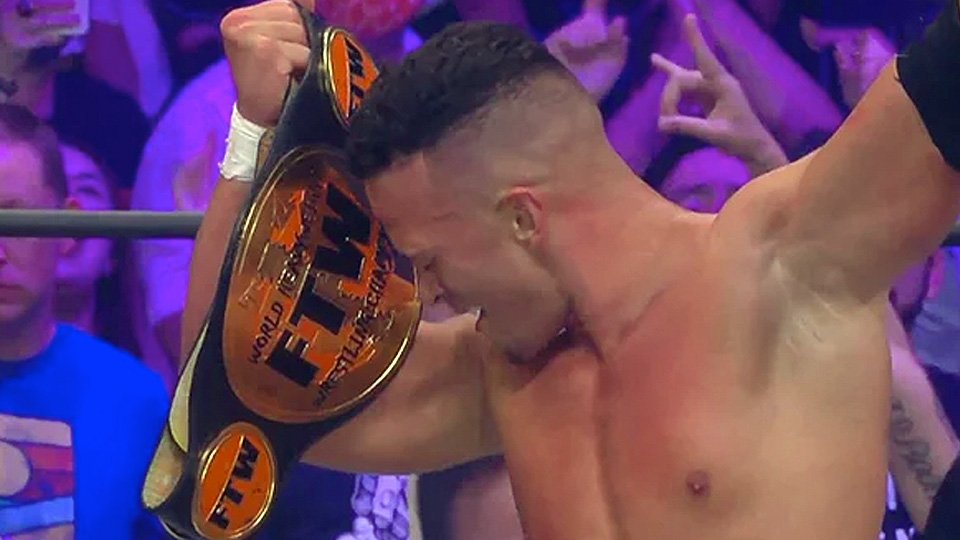 The FTW champion was able to grace the R/SquaredCircle community on reddit with his time to answer their burning questions.

Ricky started off by being welcome by the community’s moderators with over 400 members waiting at a chance to ask their questions to the champ. First question for Ricky asked about what he would want the FTW title to represent, Starks pondered before replying with how he feels that he would want to make it his own unlike other champs and make it something he can relate too on a personal level.

As soon as the answer had been given, many eager fans were in the waiting to ask a question. The next question to Ricky was enquiring about his personal input for his entrance theme within All Elite Wrestling (AEW). Ricky stated to the fan that he sent Mickey Rukus the song “Touch the Sky” by Kanye West as this was the theme he had used on the independents and wanted to honour his past.

Next Ricky was questioned about Team Taz and if he had control of the group who he would like to see added to the team. Ricky paused before answering with Andrade El Idolo but his second choice he paused again before answering. He then stated that he feels it would cause a stir online but he still answered with……. Sasha Banks.

Ricky was then questioned about his title and how he would like to defend it. Ricky stated he would love an open challenge as that appeals to him, also allows him to open his “Bag of Tricks” upon the whole roster. Also, with the “Forbidden Door” Ricky would love to have Tetsuya Naito and Minoru Suzuki challenge for his belt.

However, within AEW Ricky would love to have his own dream matches against Kenny Omega as well as CM Punk. Also on Instagram, CM Punk had posted a picture of a Team Taz hat could this possibly hint at Ricky Starks being Punk’s next opponent in AEW.

Then Ricky was questioned about the man he had won the FTW belt from that being Brian Cage. Ricky felt disgusted with having to waste his words on his former ally within Team Taz, but he still answered the fans question. He kept his answers brief about Brian Cage, stated he felt sorry for Brian having to stand next to the likes of himself within Team Taz. However, the fan then raised the point if Powerhouse Hobbs would challenge for his belt. Ricky shut this down by stating that he is good friends with Hobbs and feels by remaining friends with him, can cause Hobbs to avoid challenging him. In relation to Taz himself, Ricky stated he felt Taz was most impressed with him and saw him as the main man within Team Taz.

At that point the group call in the reddit community crashed, with so many fans just rushing at the chance to ask the champ their question. Ricky Starks is easily a very promising wrestler within AEW, with him providing possible hints at his future. The future looks bright for the FTW champion.