Ricky Starks Admits To “Winging It” In Promo With MJF 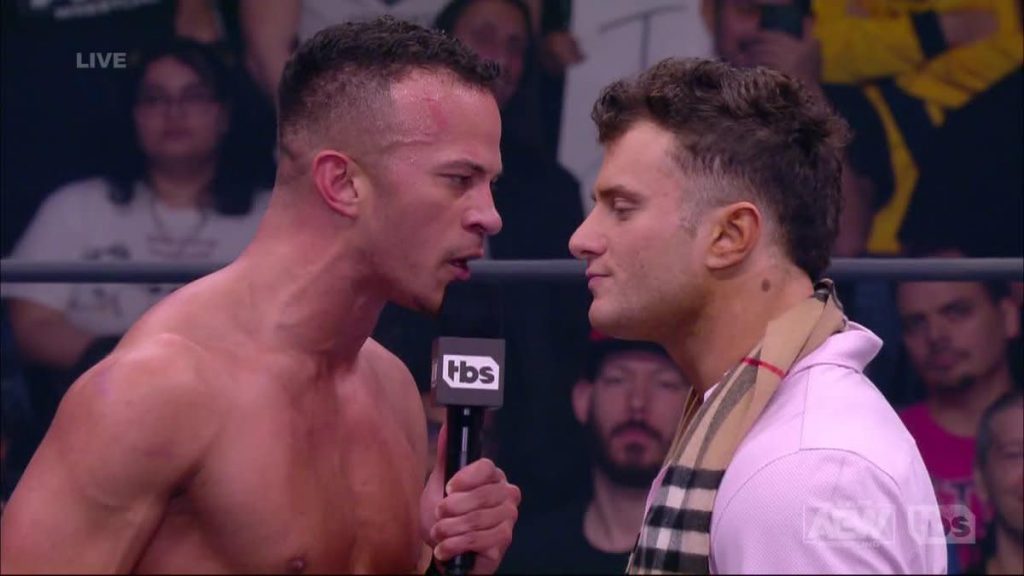 After rumors circulated that Ricky Starks went off script in his fiery promo on Wednesday, the AEW star confirmed that he did improvise.

AEW World Champion MJF is heading into a feud with Blackpool Combat Club member Bryan Danielson and made it known. However, for the time being, he’ll have to contend with challenger Ricky Starks first, and the two started their feud Wednesday.

Ricky Starks earned his shot at the world title by winning the championship Eliminator Tournament by beating Ethan Page. On Wednesday, he competed in and won the Dynamite Diamond Ring battle royal to contend for MJF’s other prize.

This means that next week MJF will be defending both his ring and world title against Ricky Starks. The two built towards their match at the end of the battle royal when MJF interrupted Ricky’s celebration.

MJF cut the kind of promo expected of him, but it was Ricky Starks’s intense comeback that had everyone talking. His nearly five-minute promo took the wrestling community by storm and painted him as a viable contender instantly.

However, it’s often said that the best promos have some structure, meaning that they are scripted to some degree. The same goes for Ricky Starks, but rumors have since circulated that he went off-script from what he originally had planned.

Did Ricky Starks Go Off Script?

While talking with ComicBook.com, Ricky Starks admitted that he did indeed improvise some of his promos on the spot. He had planned and memorized some of it before his match, but at the moment, he found inspiration afterward.

“I think you’ll hear a lot of wrestlers say, ‘Oh, I didn’t think of it. I didn’t plan it out, I didn’t write it out.’ Even the best promos had to have some type of structure to them. Yesterday, earlier in the day, I had written out this whole thing, and in my head memorized it and did all this, and stressed myself out, and then had a match to do.”

“I remember Max cutting that promo and saying these comments, and at that moment, I was like, ‘I’ll just wing it,'” Starks said. “What you saw out there was me winging it. That’s how I operate. Yes, I can come up with some lines and think about it, but for the most part, whatever I feel, I just say, and it comes off in that moment.” (H/T WrestlingInc.com)

Ricky Starks and MJF will fight for the AEW Championship and Dynamite Diamond Ring next Wednesday at Winter is Coming. However, Starks isn’t expected to win, not if they’re building for MJF to face Bryan Danielson in the coming weeks.

However, just because some results seem obvious doesn’t mean they will play out as expected. It will be interesting to see how things progress at this stage in MJF’s world title reign.

It will also be interesting to see how Ricky Starks is utilized going forward after his program with MJF.