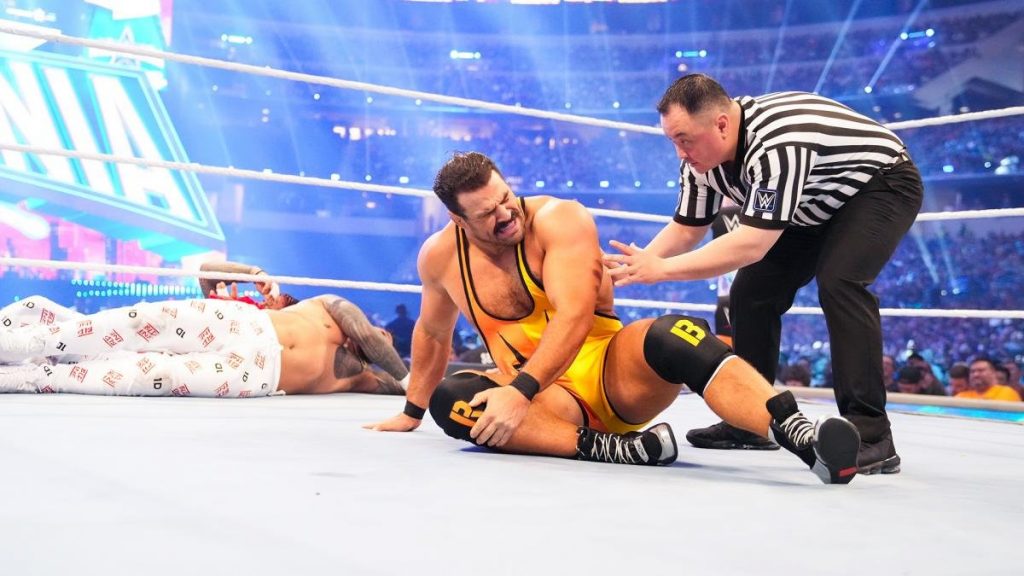 Popular WWE superstar Rick Boogs suffered a bad quadriceps tear last month at WrestleMania. He and his tag partner Shinsuke Nakamura were competing in the opening match of Night 1 for the SmackDown Tag Team Championships when Boogs was injured while attempting to perform a fireman’s carry on both Jimmy and Jey.

It was announced in the following days that Boogs had undergone a successful operation in Birmingham, Alabama, to repair the damage. The initial estimated time for recuperation was reportedly anywhere from 6 months to a year. However, Boogs recently uploaded a video on YouTube to give an update on his rehabilitation, and it looks like he is ahead of schedule.

He said in the video, “I just wanted to give you an update here. There are not many cool and exciting things I can do in terms of power, horsepower, strength, and testing limits. I’m just doing machines at the gym, like a cookie-cutter right now, that’s all I can do right now. I can’t use the lower extremity, you know what I’m saying? The horse leg. I’ve got to let that puppy heal, but I wanted to give you the golden tidbits. As of right now, the goal this week for PT (physical therapy) was 85-degree knee flexion. Sticky Ricky accomplished 112 degrees of knee flexion. We’re talking about next week’s goal of a 90, the following week by a hundo, maybe the following week by a hundo-five. You know, I’m about a month ahead, crushing it, setting PRs. You know, 112-degree flexion? Big-time personal record.” (H/T Wrestlinginc.com)

It’s good to hear that the guitar-playing star is doing well. There is no guarantee that Boogs will be back sooner than expected, but it could happen from the sound of it. John Cena notably has been able to return from multiple injuries ahead of schedule. He most notably did so in 2008 when he returned to action from a pectoral tear that was initially diagnosed to keep him out much longer than it did. Drew McIntyre was sidelined earlier this year with a neck injury, but he was able to return within a month after rigorous rehabilitation.