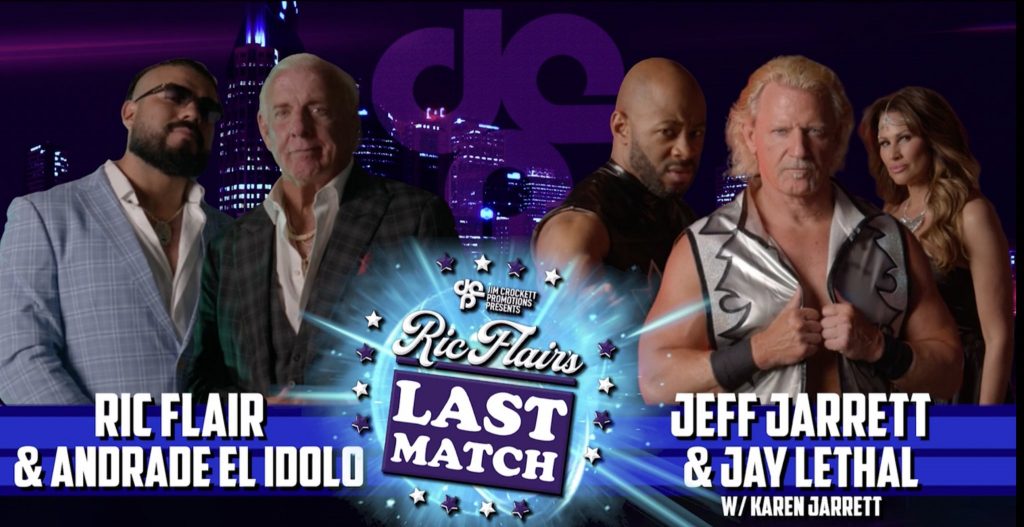 Ric Flair’s final opponent has been announced, and it’s not what you would have expected.

Ric Flair stunned the wrestling world when on May 16 he announced he would compete in one last match. Fans speculated for two months who his opponent would be, but we now have n answer.

Rather than his last match being a singles match, it’s been revealed that Flair will be competing in tag team action. His partner will be his son-in-law, Andrade El Idolo, and they will face the team of Jeff Jerrett and Jay Lethal.

Flair has a history with Lethal, with the two feuding during their tenure in TNA/Impact with Flair winning their last match. Flair also has history with Jarrett, although the two have never faced in a one-on-one feud.

Flair’s final match is set to take place on July 31 under Jim Crocket Promotions, a company where Flair spent much of his career. His won’t be the only match on the card either as the card will feature talent from Impacts, ROH, and AEW.

The match card is as follows:

Rey Fenix vs. Taurus vs. Laredo Kid vs. Bandido

Ross and Marshall Von Erich vs. The Briscoes

Fans can see the match exclusively on FITE.