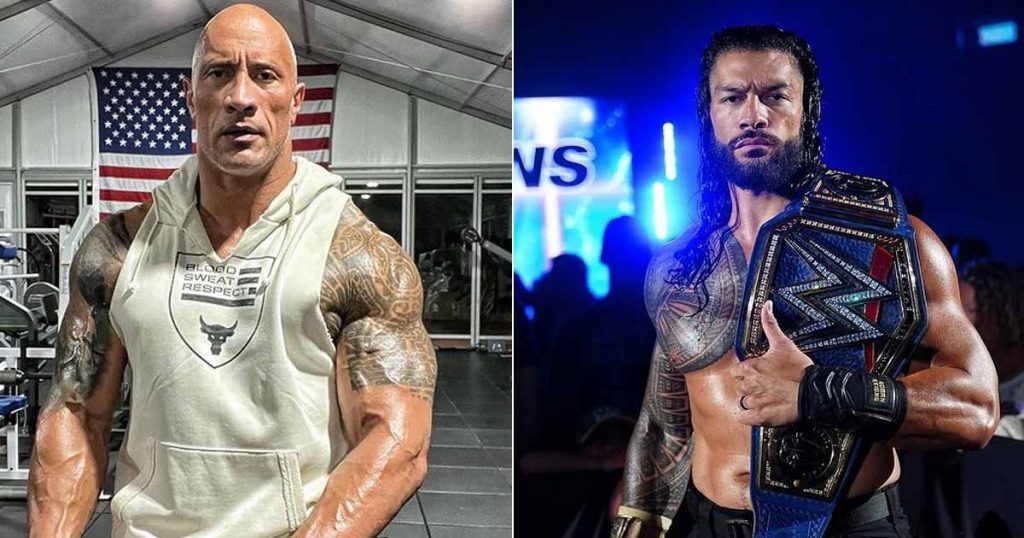 WWE Hall of Famer Ric Flair says that he doesn’t think the high profile match between Rock and Roman Reigns will be happening at WrestleMania. Flair said he doesn’t think Rock will want to do this match.

Roman Reigns is on a historic title run which has completed over 800 days. He is the centerpiece of WWE and holding both the world titles. A dream match which has been speculated in pro wrestling circles is for Roman to face The Rock.

With the WrestleMania 39 being in LA and having the Hollywood theme, it will be the ideal stage for this match to happen, if ever. WWE Legend Ric Flair was taking about the same on his ‘To Be The Man’ podcast.

Flair said that he is not certain that Rock will be interested in the match. According to him, Rock won’t like the idea of going back to acting career with a loss. Flair also said that WWE are already sold out without the Rock and the event will be spectacular whether The Rock attends or not.

Here’s what Flair had to say-

“Well, I don’t think, personally, that it’s a given that The Rock is going to do it. As much as he might respect Roman, I’m sure they do. All those guys, it’s a brotherhood like no other. I don’t think The Rock would come back and do a favor; why would he?” questioned Ric Flair. “Tomorrow morning, he goes back to his acting career with a loss. I don’t think so;I don’t see that happening.”  – h/t sportskeeda

“I don’t think it’s a given that The Rock is even going to be there, I see him attending the show because he lives in LA now. But, you know, sh**, they are sold out without The Rock. I mean, it’s going to be spectacular again.”

While Flair has given his say, it remain to be seen whether Rock will be want to return to WWE for one last match.