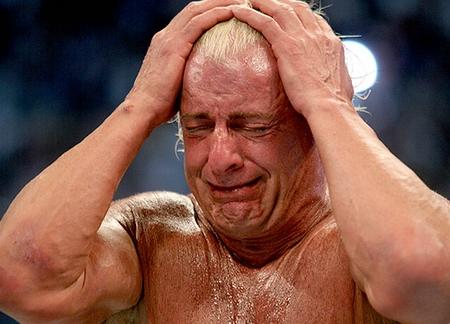 The latest episode of Dark Side of the Ring on Vice brought up the past actions of Ric Flair and it seems the fallout for those actions has begun.

Last night’s episode of Dark Side of the Ring about “The Plane Ride from Hell” painted Ric Flair in a very negative light. With a former flight attendant raising issues with Flair’s behaviour on the notorious flight. She has stated that Flair was naked except wearing his iconic robe, had flashed the woman as well as cornered her on the plane while making unwanted advances. While Flair has always maintained his innocence about this incident, it appears the Nature Boy is now facing backlash.

The Car Shield commercial which features Ric Flair has been pulled from television and put on the shelf. A spokesperson for Intermedia, the advertising agency behind Car Shield’s ad campaign has stated to PWInsider.com:

“We take these matters very seriously. As of right now, we are pausing the campaign and we will do our diligence.”

While one ad campaign being pulled seems small, it is possible this could lead to a domino effect of negativity upon Ric Flair. Only time will tell if any more action will be taken against Ric Flair in any form. As mentioned before Ric Flair has always maintained his innocence about this incident, even recently promoting his innocence on Renee Paquette podcast “Oral session”.

Only time will tell, if anymore further actions will fall upon the legendary wrestler.