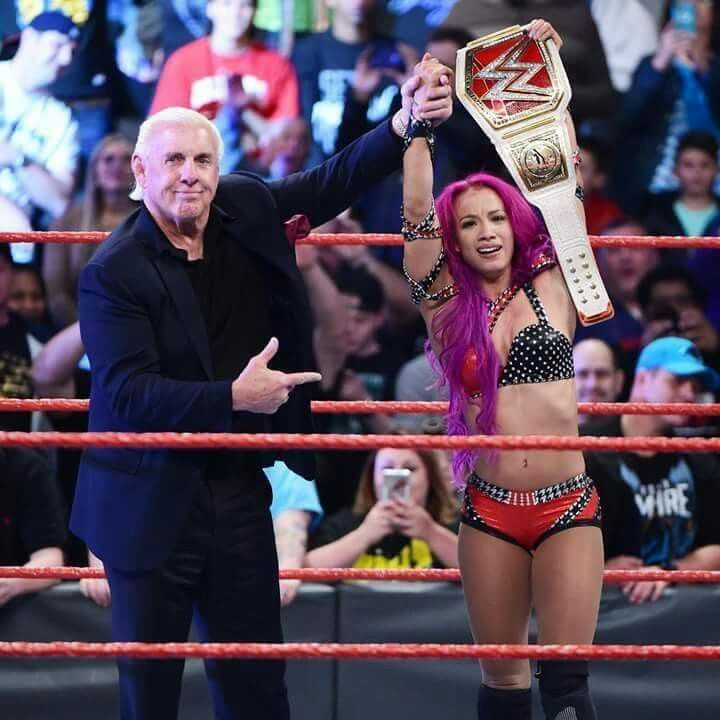 Ric Flair claims that Sasha Banks will not go to AEW any time close.

The status of Sasha Banks in the wrestling industry is unknown since she and Naomi walked out in the middle of Raw back in May.

Her status with the company is a big mystery which leads to rumors linking Sasha and AEW in a future debut.

But to The Nature Boy, Ric Flair, s not one of them, as he thinks the exact opposite.

Not knowing what the current situation is, fans’ hopes of seeing Sasha back in WWE are still going strong.

This besides all the attempts of Banks to remove all presence of WWE from her social media handles.

Including her in-ring name, replacing it with her real name.

During an episode of the podcast  To Be The Man podcast, hosted by Flair, he talked about Bank’s future in the industry.

Flair claimed that he has talked to Banks and assured them that Sasha wouldn’t go to AEW.

He said “Absolutely [cannot imagine Sasha Banks not returning to WWE]. She wouldn’t go there [AEW]. She’s been in Mexico wrestling too. I talked to her. I’ve talked to her a couple of times. [Betting that she would wind up back in WWE?] Yeah, if she likes to do anything, she’s looking at outside options. (…) I hope that she gets back in the business.” (Via To Be The Man podcast)

Since the Triple Hs takeover, the negotiations between Sasha and WWE have happened, however, so far they have not reached any agreement that is public information.

We will have to wait and see if in any time soon Sasha return to the company or if their relationship ends permanently.

We will keep you updated. You can watch the full podcast episode in the link down below.