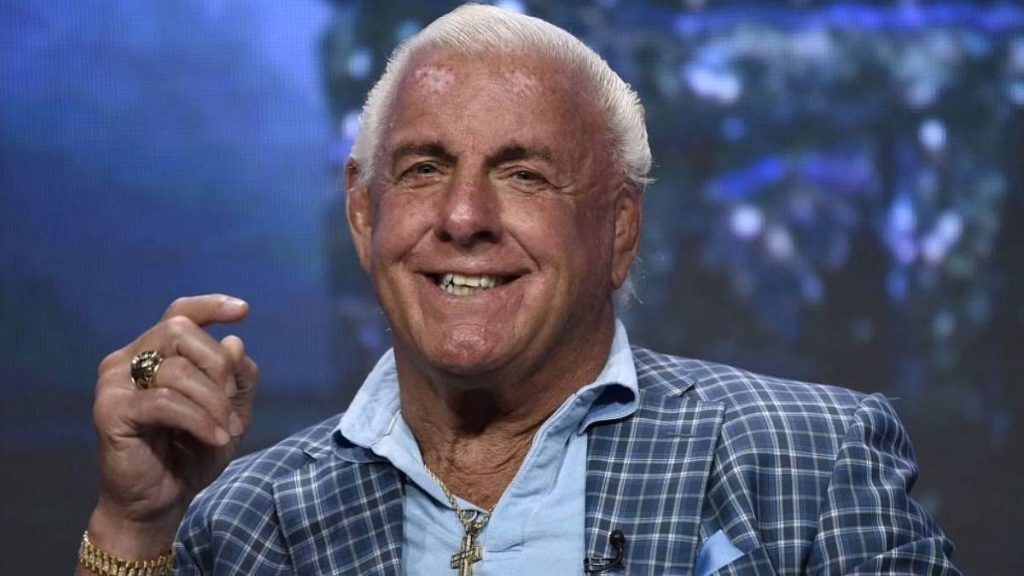 Ric Flair thinks AEW President Tony Khan should start a Hall of Fame for wrestlers in history who have excelled at the sport.

Ric Flair is arguably the greatest professional wrestler of all time, and most aren’t afraid to say so. He’s a 16-time world champion and was a huge star long before joining WWE or WCW.

He’s a two-time WWE Hall of Fame entrant as well, entering himself in 2008 and with the Four Horsemen in 2012. Despite being something of a controversial figure in recent years, there is no denying his legendary status.

That being said, Ric Flair thinks there should be a way to honor wrestlers of the past outside of WWE. WWE’s Hall of Fame tends to be a bit restrictive to those who have served the company, excluding most outsiders.

Rick Flair on an AEW Hall of Fame

While recording an episode of the To Be the Man podcast with Conrad Thompson, Ric Flair had an idea. He suggested that Tony Khan should start his own Hall of Fame, but not just for AEW wrestlers.

Flair thinks this Hall of fame should honor all wrestlers across history from any and all promotions. Ultimately, he believes they should be honored for their contributions to the sport in general.

“I wish Tony [Khan] would start a hall of fame. That would create a lot of interest. And do it based on people he thinks are good in the history of the business, not just guys from AEW in the last three years,” Ric said. “That would actually draw a lot of attention. He has the means, the passion, he loves wrestling, and why not?”

WWE’s Hall of Fame tends to be exclusive to stars who have either worked for the company in the past. On top of that, even if a wrestler had a career outside of the company, WWE tends to not acknowledge it.

For example, Jeff Jarrett was inducted in 2015, but only for his work as part of WWE. The company never acknowledged his career and contributions from NWA, TNA, or WCW, which WWE owns.

This came as a surprise to some because he had become a world champion for the former rival wrestling company. Ric Flair might be right, and it could be a great idea for Tony Khan to honor those in the industry’s past.

He hasn’t had an issue acknowledging outside competitors before, so perhaps a new hall of fame is on the horizon.

If you use any quotes from this article, please credit Wrestling Republic for the transcription.