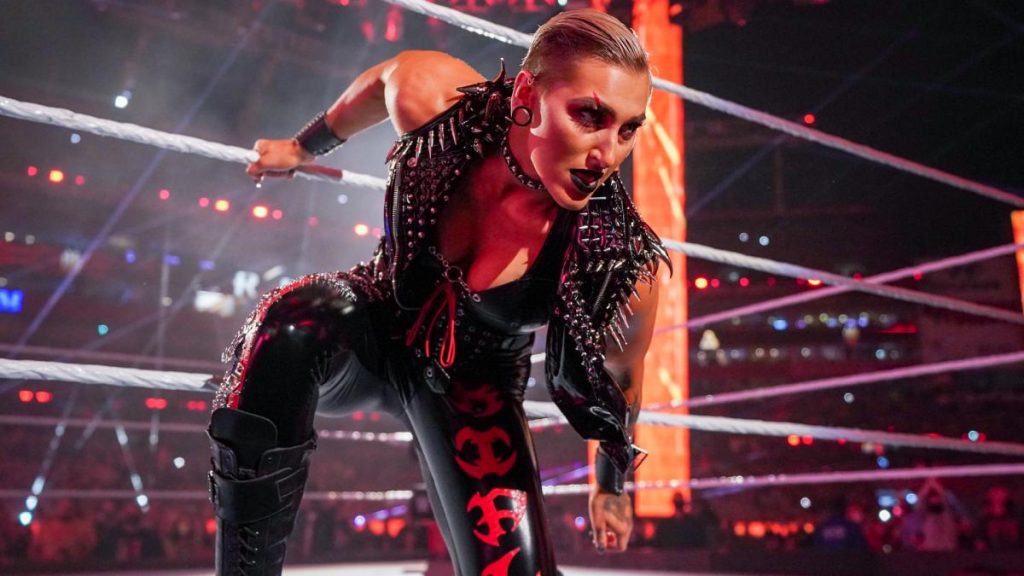 Rhea Ripley, who was forced to step away from action for an apparent brain injury, is now wearing a heart monitor.

Rhea Ripley was set to face Raw Women’s Champion Bianca Belair at Money in the Bank but was pulled from the match. She received a startling injury while wrestling in a fatal 4-way match for the opportunity.

Fans could see Rhea take an accidental knee shot to the face, momentarily stunning her. She quickly brushed it off and secured the victory against her three opponents.

She has not been on television since June 6 and has revealed that she has suffered a brain injury. She revealed earlier today that she is now wearing a heart monitor to watch for irregularities in her heart.

The brain injury is believed to be concussion-related, but she has yet to give out more details. The knee to the face also gave her a jaw injury, but she has since had dental work done.

WWE takes brain injuries very seriously, and stars are made to follow strict concussion protocols. Current AEW star Bryan Danielson was sidelined for three years due to his concussion history but was eventually cleared to compete.

Not much else is known about Rhea’s injury, but it is being taken very seriously. Until more is known, we wish her the best in her recovery.