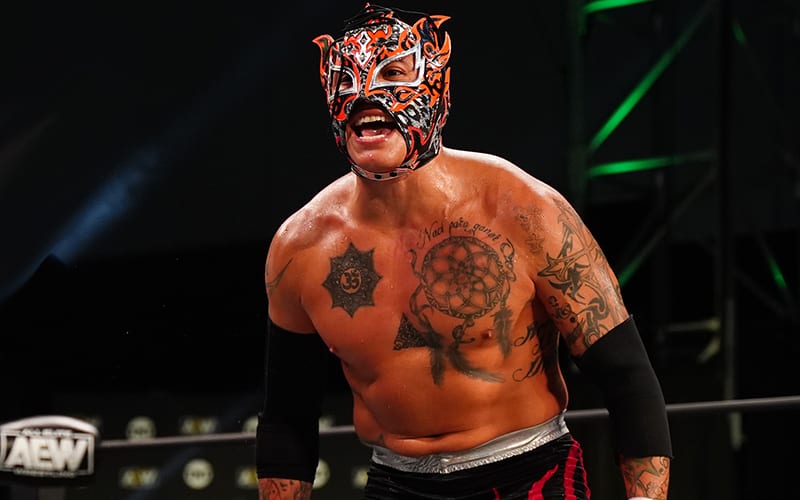 Rey Fenix was not present at the recent AEW Dynamite and AEW Rampage TV tapings due to an injury according to AEW.

However this may not be the case. According to Dave Meltzer on the Wrestling Observer Radio, the reason Fenix couldn’t make it was due to “travel difficulties” in getting to Duluth, Georgia. In replacement of the originally advertised Lucha Brothers Vs FTR, 2 out of 3 falls, AEW Tag Team Championships match, AEW are advertising PAC & Penta El Zero M Vs FTR for the upcoming Rampage.