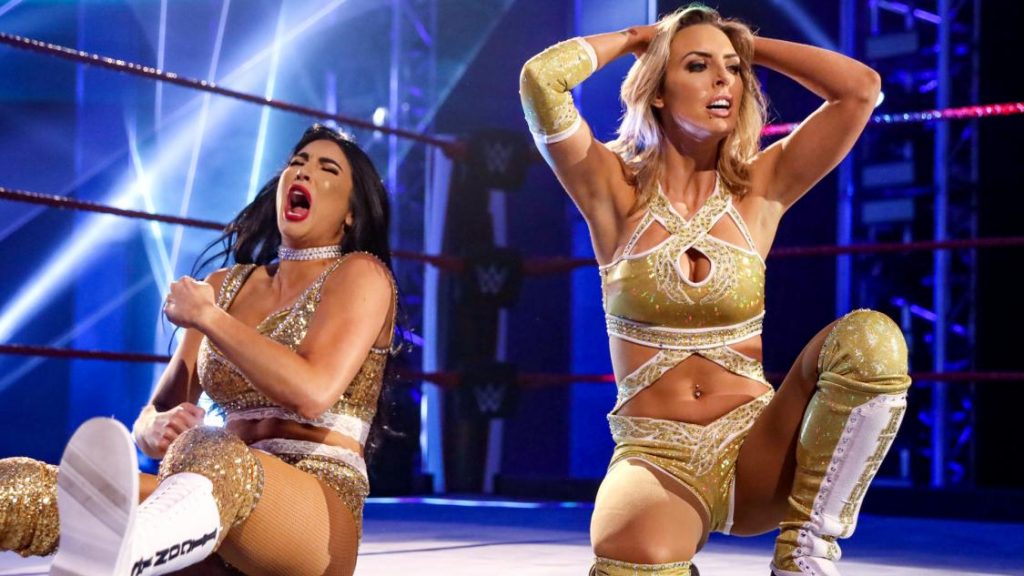 Former WWE Women’s Tag Team Champion, Billie Kay, reportedly did not leave her house for a matter of three weeks after her release via The Oral Sessions Podcast hosted by Renee Paquette.

“I didn’t leave my house for like three weeks.”, Billie Kay says (H/T Renee Paquette, Sportskeeda), “I was just doing nothing.”

In the podcast, Jessica McKay, better known as Billie Kay, had talked about how the recent release had affected her. Both mentally and physically.

“I felt ashamed, I felt like I let everyone down.”, said Billie Kay (H/T Renee Paquette, Sportskeeda), “Everyone sacrificed so much for me to get here, and it was just over.”

Billie Kay was a member of the unforgettable “IIConics” tag team in the Women’s division, alongside Peyton Royce. As a tag team, they had won the Women’s Tag Team Titles at Wrestlemania 35 in a fatal four-way tag match for the belts. Although their singular reign lasted only about 120 days, the duo still had much support from the WWE Universe and gained much attraction from the fans.

Billie Kay was released on April 15th, 2021, alongside Peyton Royce.

Would you like to listen to the full podcast for more information?

Here it is, episode fifty-four of Oral Sessions with Renée Paquette.