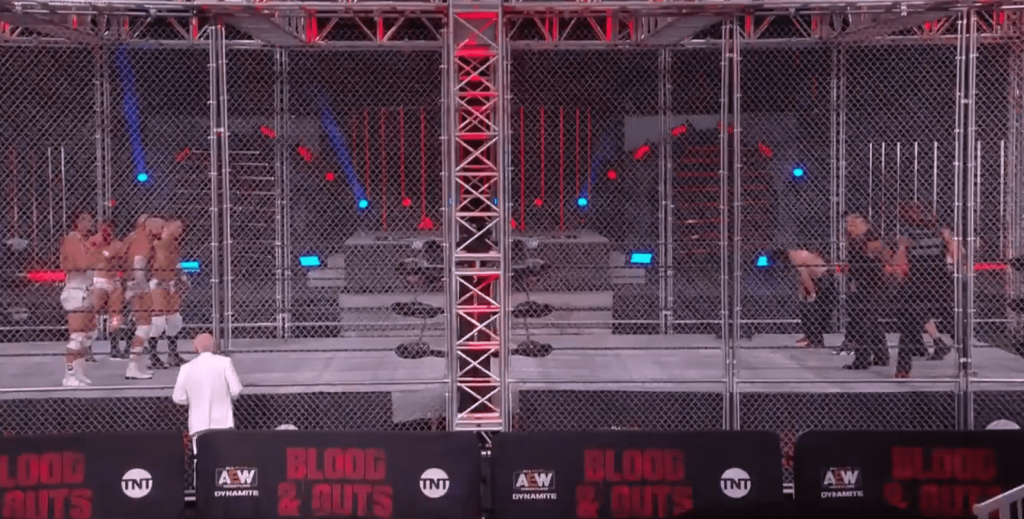 According to Dave Meltzer on the latest Wrestling Observer Radio, Fans watched the first hour of Blood & Guts on the screens at Daily’s Place. Their reactions were used as live reactions for the first hour, and the live reactions were not piped in but from the fans in attendance. Meltzer noted that AEW decided to do this because of how long it was going to take to set up the two rings and cage needed for the Blood and Guts match which main evented the show.

Here’s a statement from Meltzer about the situation. Thank you Wrestletalk for the transcription

“And when the show started, Tony Khan before the cameras went on, just goes, ‘Okay, this is the situation, the first hour of this show is taped, we’re gonna be playing it on the screens. However, your crowd noise is going to be the crowd noise in this match, so cheer and boo like you would’.

“So the crowd noise was not fake crowd noise, it was the real crowd noise from this crowd, but the matches themselves were taped a couple of weeks ago. And he (Tony Khan) explained before that, ‘If for some reason you didn’t hear this and you’re unhappy, you can get a refund’, and they did give five refunds.” (H/T WrestleTalk)