Reason Behind Scrapped Spot At WrestleMania 37. 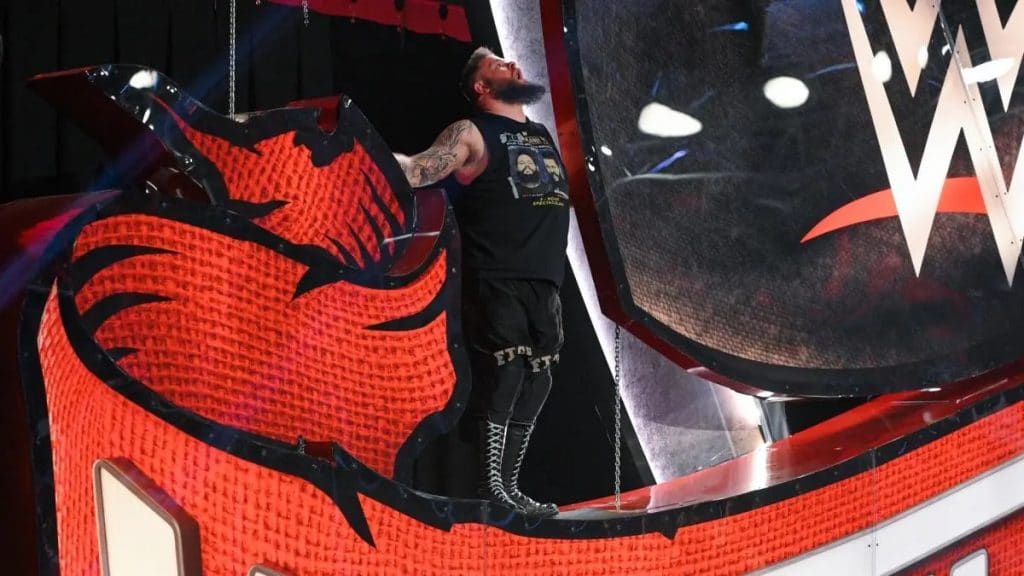 Upon the announcement of WrestleMania 37 being the first show since the pandemic with a live crowd, fans called for Kevin Owens to take a leap from the Raymond James Stadium’s famous pirate ship.

In the days leading up to this year’s WrestleMania, it was revealed that WWE would be incorporating another pirate ship into this year’s stage, except this ship would be much larger than the one already situated inside the stadium.

Kevin Owens didn’t jump from either ship at this year’s Show Of Shows, and many fans thought this could have been due to the weather, however this wasn’t the case.

Fightful Select (subscription required) reports that the real reason behind the spot not taking place at WrestleMania was actually due to the match not having a stipulation. The fact the match still had a count-out in effect meant that it would be impossible to pull off the feat.

This wasn’t the only reason the spot didn’t take place, as the ship constructed as part of the stage was actually much larger than many expected, with the bad weather which delayed WrestleMania putting an end to the idea.

Owens had reportedly discussed his desire to jump from the ship, however it was noted that the spot wasn’t planned in the final stages.

Owens’ match saw him defeat his former friend Sami Zayn. Following the match, Owens hit YouTuber and Internet Personality Logan Paul, who was involved in his feud with Zayn, with a stunner.

Would you have liked to see Kevin Owens jump from the WrestleMania 37 Stage? Let us know your thoughts in the comments below!