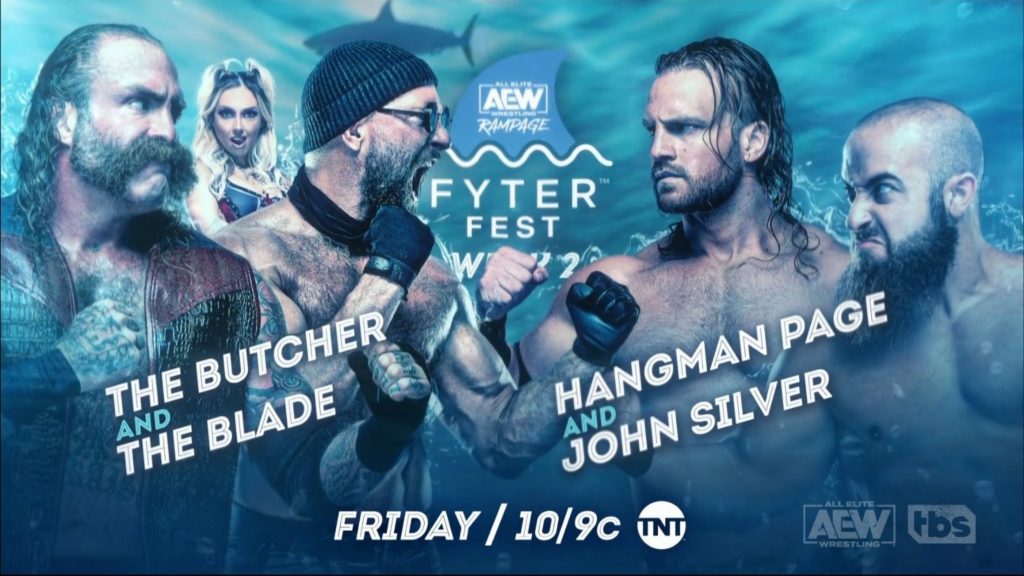 One day before he challenges Samoa Joe for the ROH Television Championship, Jay Lethal will be in action against Christopher Daniels on Friday’s AEW Rampage. Daniels has been defending TV Champion Samoa Joe’s honor as Lethal prepared to challenge him at Saturday’s Death Before Dishonor. Joe has yet to be seen on TV after being attacked backstage at Double or Nothing.  This will be their first singles match against each other since April 2017.

The rivalry between the Gunn Club (Austin & Colten Gunn) and The Acclaimed (Max Caster & Anthony Bowens) will get kicked up a notch as Caster will take on Austin in a rap battle.

Furthermore, Hangman Page & John Silver will team up to face The Butcher & The Blade after the latter took out Alex Reynolds.