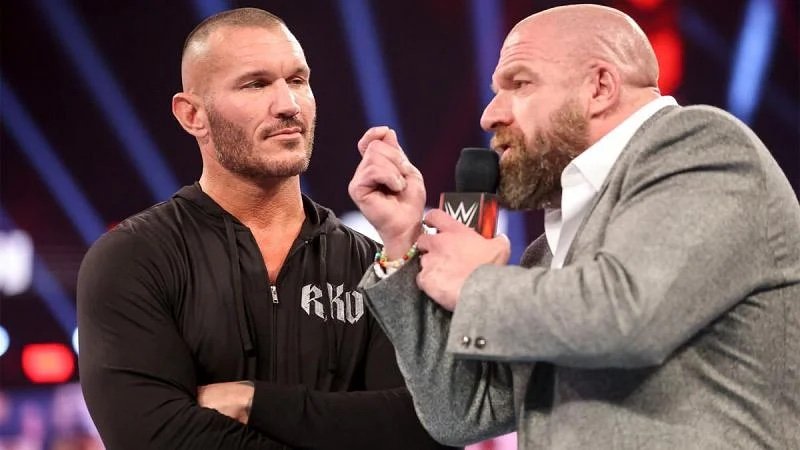 14 Time WWE Champion Randy Orton gave Triple H major praise in a recent online statement, where he claimed that everyone who crossed paths with him in the wrestling business, was better off for it.

This week WWE has been celebrating the 20th Anniversary of Randy Orton’s WWE Debut match, where he defeated Hardcore Holly on an episode of SmackDown on April 25th 2002.

Multiple WWE Superstars, past and present, have taken to social media to praise Orton, including John Cena who took to Twitter on Thursday morning.

“For 20 years @RandyOrton has cemented his legacy as 1 of the greatest @WWE Superstars ever. I have the utmost respect for every achievement he’s earned & CONTINUES to earn. But my genuine love & admiration for him is in his maturity & growth as a human being. Here’s to RKO! 🥃” – John Cena

However John Cena was not the only WWE future Hall Of Famer to give Orton praise, with the man who stood by his side during his debut, Triple H, also taking to Twitter to celebrate Orton’s 20 year anniversary.

“Only a few actually make it to the very, very top of @WWE, almost no one can do it for 20 years. I’ve had the honor of watching @RandyOrton do just that; and become the star, the performer, the leader, the man and the father I always knew he would.
Congrats on 20 years, Randy!” – Triple H

Randy Orton has now replied to Triple H by thanking him for being patient and not giving up on him, as well as stating that he believes everyone who crosses paths with him in the wrestling business is better off for it.

“I know it took some patience with me in the beginning 😬 but thank you for not giving up on me. I couldn’t have asked for a better mentor. Everyone that crosses paths with you in this business is better for it, whether it’s inside the ring or out. Thank YOU” – Randy Orton

Here at Wrestling Republic we’d like to congratulate Randy Orton on the 20th Anniversary of his WWE debut match, but more importantly congratulate him for staying at the top of the game for 20 years, and putting his body on the line for the entertainment of the fans.