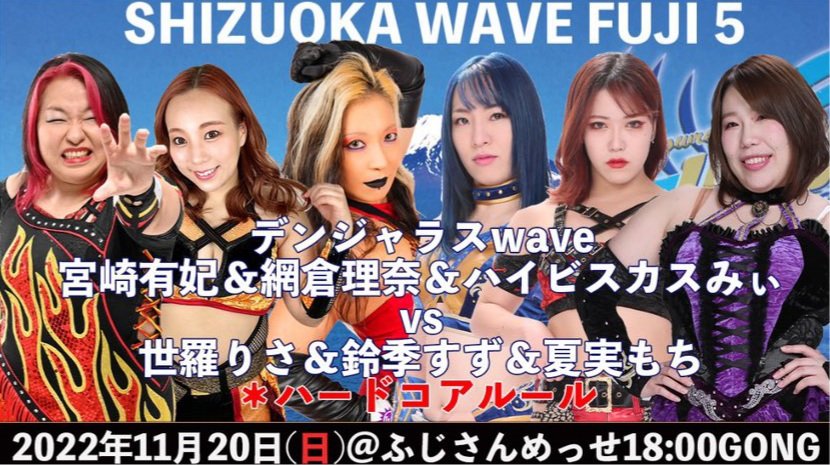 The promotion has recently held the Shizuoka WAVE ~Fuji 5 event, which took place from the Fujisan Messe in Shizuoka, Japan and presented five matches with great in-ring action.

So, with nothing else to say, here are the full results of Pro Wrestling WAVE’s Shizuoka WAVE ~Fuji 5 event in the Fujisan Messe:

As of right now, there is not an official streaming service or platform that allows people to watch Pro Wrestling WAVE’s events internationally. However, you can stay tuned to their official YouTube channel for highlights and more original contents.

You can also visit WAVE Pro’s official website -as well as their Twitter account- for more specific information about the promotion, wrestlers, merchandise, fan club and details about their upcoming shows.