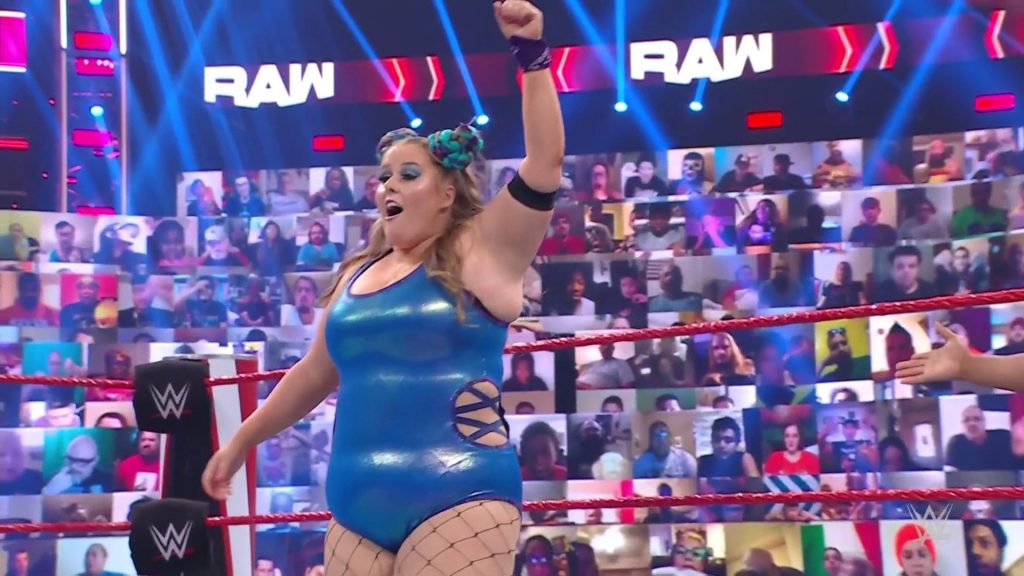 Photo of Piper Niven from WWE and Wrestling Inc.

On this past week’s Monday Night RAW, Eva Marie made her “awaited” return to wrestling after a four year hiatus to face Naomi in one-on-one action.

However, in typical heel fashion, Eva Marie would have someone wrestle for her. This someone being NXT UK superstar, Piper Niven.

Niven would get the squish win over Naomi but under Eva Marie’s behalf. During the match, none of the RAW announcers knew who Niven was and tried to promote her as a “local talent.”

Like many before her, Niven was likely getting a new ring name.

Reports from Sean Ross Sapp of Fightful.com saw some considerable backlash with the rumored pitched name being “Doudrop.”

Before that evening’s RAW, WWE filed for the trademark of “Doudrop” among other names.

Both Eva Marie and Niven have indicated that they want to challenge for the WWE Women’s Tag Team Title currently held by Natalya and Tamina.

We will have to wait and see if Niven gets the ring name “Doudrop.”

This comes after Niven was body shamed by fans following her RAW debut. Niven commented on the situation on Twitter.

Writer’s note: This has to be the worst name change in recent memory. I mean worst than the WWE’s New Generation in the 1990’s. It makes “Snapjack” and “T-Bar” sound like normal ring names.

Piper Niven is a talented wrestler who can win multiple titles and a very nice and humble human being. But with a name like “Doudrop,” Niven’s run on the main roster is dead on arrival. That is not even accounting for being paired with Eva Marie.