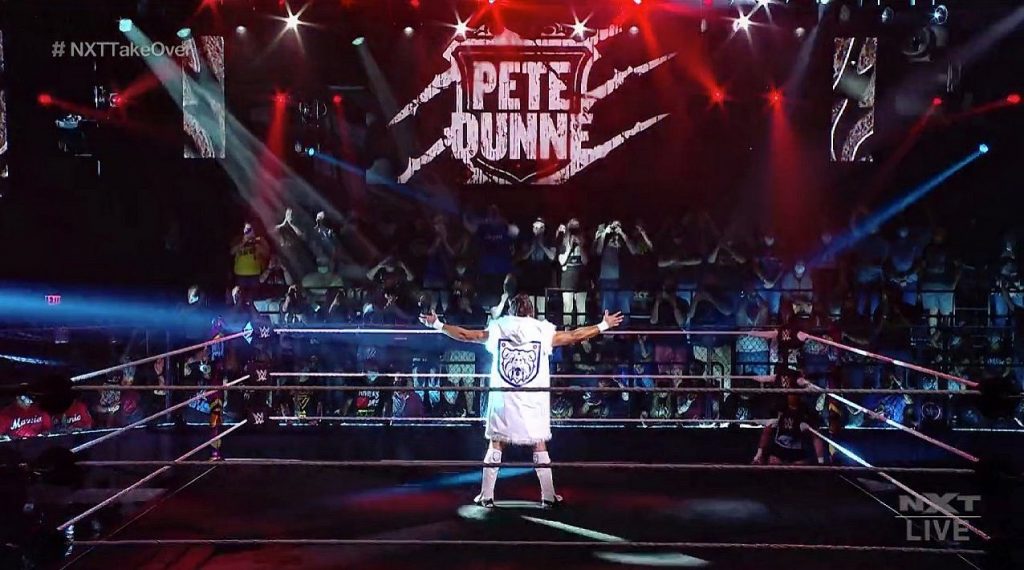 Earlier this week we learned that Adam Cole could be a free agent soon, his deal with WWE/NXT expired last month, but he set an agreement to work until SummerSlam week to complete his storyline with Kyle O´Reilly at TakeOver on August Sunday 22.

Today the news of Pete Dunne having a similar situation with his deal with the back and gold brand has come to the knowledge of the public.

According to Sean Ross from Fighful.com Pete Dunne’s WWE deal is also coming up very soon. A source told Fightful that the “Bruiserweight”  contract is also ending after SummerSlam weekend.

We do not have any knowledge if the company has already offered him a new deal.

We will let you know if there is new news about the status of both wrestlers.