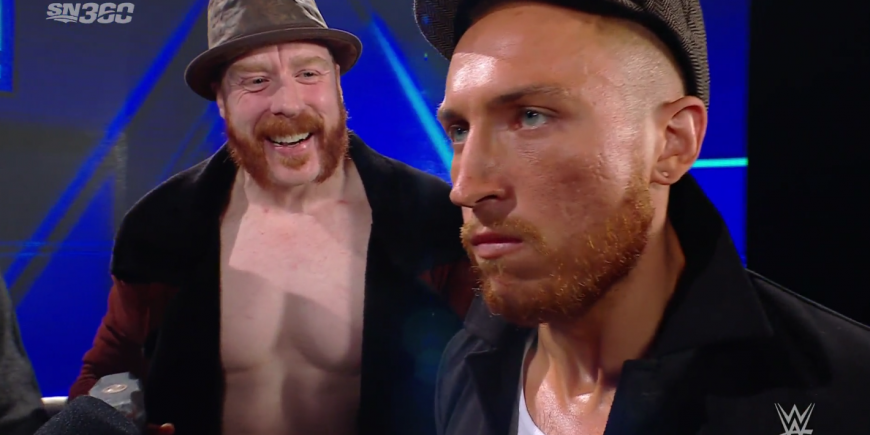 The former NXT Superstar Pete Dunne is now known as “Butch” on the main roster.

Tonight on WWE, SmackDown saw Sheamus and Ridge Holland introduce Butch during a backstage segment to hype their match against Kofi Kingston and Big E. Michael Cole referred to Butch as another of Sheamus’ protégés and noted their longtime friends.

Butch accompanied Holland and Sheamus to the ring against Big E and Kingston. Sheamus and Holland controlled most of the match, Kingston got some offense later on, but Butch distracted him from the apron, which allowed Sheamus to finish him off for the pin to win.

Butch worked SmackDown dark matches on January 7 and February 4, in a losing effort to Tommaso Ciampa in both. In January, he also picked up wins on WWE Main Event, defeating T-BAR and Akira Tozawa. Butch hasn’t wrestled on NXT 2.0 since coming up short against NXT North American Champion Carmelo Hayes on March 1, which came two weeks after his Weaponized Steel Cage match win over Tony D’Angelo at Vengeance Day.